Hello! I´m Lucia, a native of Valencia and passionate about local culture and traditions. I am an official tourist guide of Valencia County and a seasoned languages teacher. I´m bilingual in English language and I hold a B.A. in Social Sciences and Geography I have worked as a tour guide for several years, first in Dublin in the City Tour bus and now in my hometown, Valencia. As a local, I know many hidden corners and secrets of the city that I will share with you. I consider myself an empathetic and cheerful person with great communication skills. I love travelling and that is why I know very well what makes a place special. I have lived in exciting countries like Ethiopia, Burma and China as well as the UK and Ireland. Valencia is an amazing city where many exciting adventures await you. I will help you discover spectacular places and endless secrets and curiosities. Tour Valencia with me and I promise you an unforgettable experience!!!

The route "Valencia in the time of the Republic" puts in context the importance of Valencia in the 1930s, those of the Second Spanish Republic. In the middle of the Civil War, the Government of Largo Caballero decided to move to Valencia, which would be the capital of the Republic for a year.

From the hand of an official local guide you will learn more about the transformations that took place in the appearance of the city, in its streets and in the most emblematic places, those that changed the course of history.

You will discover the traces of "blasquismo", since the Valencian writer and politician Vicente Blasco Ibáñez was a key figure in the development of the republican spirit of the city. You will visit various medieval palaces converted into ministries. 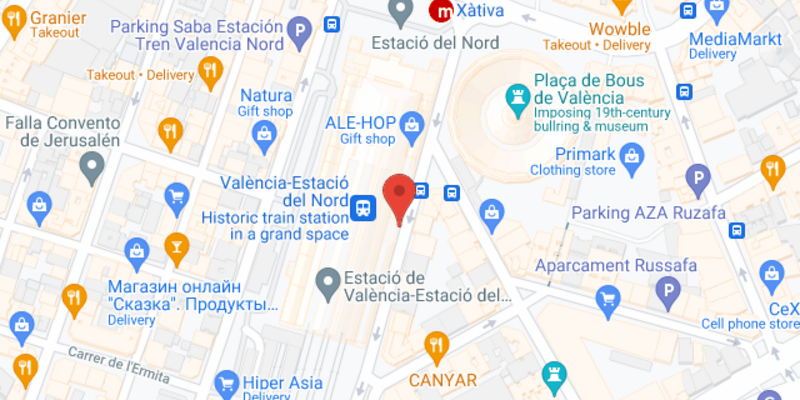 Response from Valenciatoursconlucia
Thank you for your positive review, Gerard

Response from Valenciatoursconlucia
Thanks for your positive review