Ghent, university city, rebellious, authentic, monumental.
Nicknamed the city of "all time", where you can see a mixture of modernity with antiquity. The Ganteses say that almost without realizing it, you will tell us what you think of this ambiguity.

Ghent is also called the city of the three towers , for its majestic and medieval towers.
The tower of the Cathedral of Saint Bavo , where the important and internationally recognized work of the Van Eyck brothers , the ¨Adoration of the Mystic Lamb¨ , is located .
The tower of its municipal bell tower, declared a World Heritage Site.
And the tower of the Church of San Nicolás , one of the oldest buildings in the city.
All these wonders are part of our tour of the old town of Ghent.
We will begin by telling its story, the importance that Emperor Charles I of Spain, V of Germany, has had in his passage through these lands. How his reign made him set the pace of history and how this experience is remembered even today by the inhabitants. You will know why the Ghent people are the most rebellious in Belgium since there is a saying that Ghent bends, but never gives up.

We will walk along the banks of the Lys river , the nerve center of the city's life, where the oldest stepped house in Europe is located.

You will be able to appreciate, or taste if you prefer, its traditional sweet : the "noses of Ghent", or Cuberdon. You will be struck by the peculiarity of its shape, but you will be amazed at the reason for which it was created.
The stalls of these sweets adorn the streets, with their colors, challenging the sweet tooth.

And between majestic architecture, sweets, a lot of student life, history, and anecdotes, we will arrive, to culminate our spectacular visit, at the Castle of the Counts . One of the few remaining castles and the best preserved in Belgium.

What we will see during our walk:

You're not going to miss them, are you?

We are waiting for you with an open umbrella.

Remember that reservations with groups (friends, family, students) of more than 6 people are not allowed. In the case of showing up to the tour groups with more than allowed, it will be at the discretion of the guide, to request a value in advance. 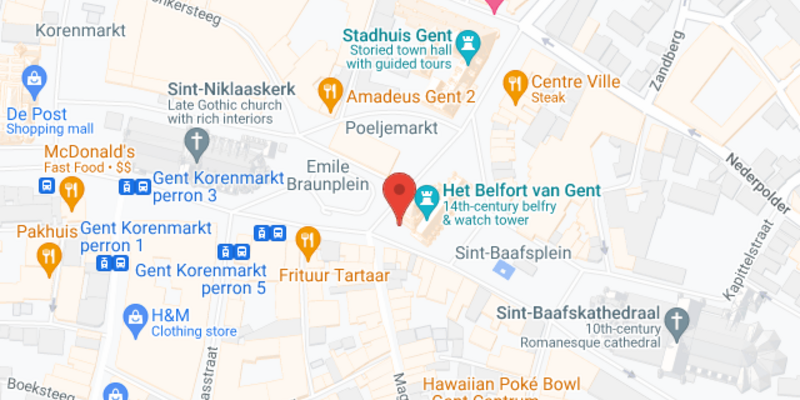 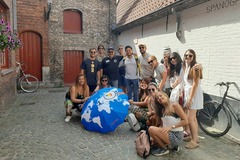 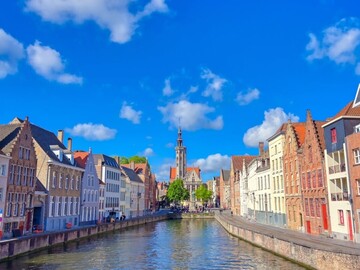 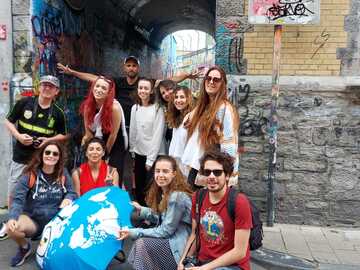 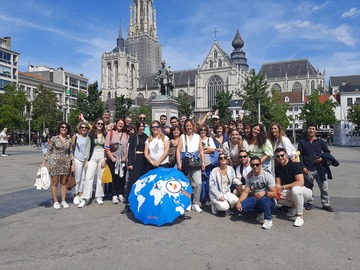 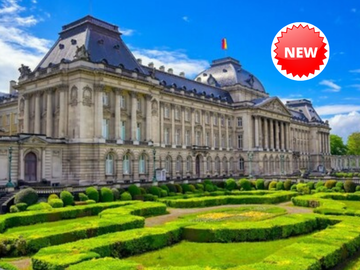 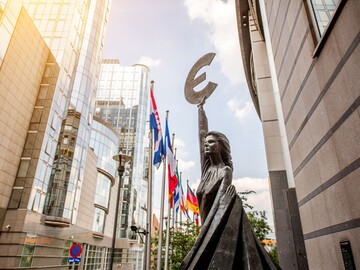 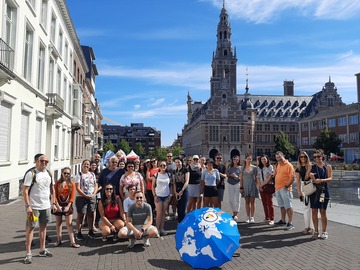 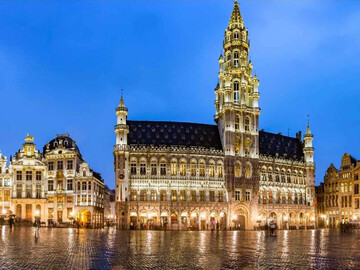