We are Flamingo Tours & Trips, a company focused on creating experiences where you’ll find the pen and paper to write your next travel story. We create events that invite people to connect while surrounded by the cultural and historical value of Spain, presenting activities that encourage learning, growth and fun.

The home of Picasso and a city known for its endless sunlight.

Join our free tour Malaga and explore the streets of this amazing city, along with a local expert on a route where you will travel through time as you uncover the city and its enchanting architecture, street art and hidden corners. The meeting point will be outside of the Teatro Cervantes.
“Malaka”

The city of Malaga was born with the arrival of Phoenician sailors. In fact, the city’s name today derives from these settlers, who originally named the city Malaka, which meant ‘Queen’ As we move forward from Plaza de la Merced, we’ll lead you through the streets in the center where we will encounter the most emblematic buildings such as the cathedral, the Alcazaba Roman theatre and finish at the top of the Gibralfaro castle where you’ll enjoy the most spectacular views of the city.

Would you like to experience it for yourself? Book your free spot and join us! 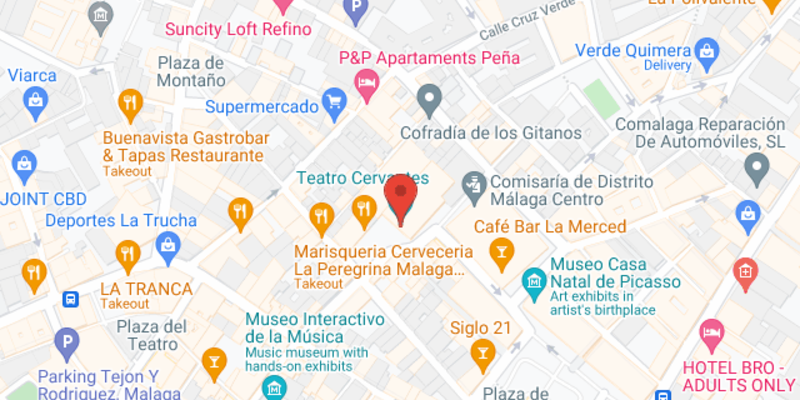 Free cancellation
If you will not be able to attend the tour, please cancel your booking, otherwise the guide will be waiting for you.
Free tours
Spain
Free walking tours in Málaga
When do you want to go?
Sun
Mon
Tue
Wed
Thu
Fri
Sat
Show more

Others cities to visit after Málaga