The Segovia of the Three Cultures: Jews, Muslims and Christians in medieval Castile - Free Tour

Official Tourism Guide of Castilla y León (CL / 000769). Tireless traveler, lover of the History of Art and tireless global traveler and Castilian-Leon in particular. I am fascinated by Romanesque art, Civil Architecture and Sacred Art in particular. I love showing the city where I live.

(This tour does not go through the Aqueduct or the Alcázar. To do this, go to the Segovia, World Heritage Site, tour above 😁)
The Middle Ages in Segovia seems, as in the rest of Europe, a history of wars , but it is also a history of coexistence . For almost a thousand years the three great cultures of the Mediterranean met and coexisted in Segovia:

We propose a short trip , which will start from the Church of San Millán (Romanesque of Mozarabic origin) built in the time of Alfoso I of Aragon (known as El Batallador , 12th century). Then, through the Canaleja passage , we will arrive at what was the most important Jewish quarter in Castile. We will see its old Synagogue , we will meet Abraham Senneor ( 15th century ), last great Rabbi of Castile (treasurer / counselor of the Catholic Monarchs ) while we will talk about the gastronomic, cultural and religious customs of the Hebrew people , who have so much to do see with the Christian women, as we stroll through the streets where our former Jewish neighbors lived. The tour will end at the Cathedral of Segovia, the Lady of Castilian Cathedrals. Late Gothic building built in the s. XVI replacing the previous one, destroyed after the war of the commoners. We will enjoy its history, its architecture, works of art and importance during the reign of Carlos I ( 16th century ).

Important information for the traveler:
- The tour includes the use of the radio guide but not the entrance to the cathedral (€ 3 adults, retirees +65 and large families, € 2.50 and children under 10 years free, without tower).
- The tour starts at the Church of San Millán (Av. Aqueduct and ends at the Cathedral (Plaza Mayor)
ALL RESERVATIONS WILL BE RE-CONFIRMED 24 HRS. BEFORE THE VISIT 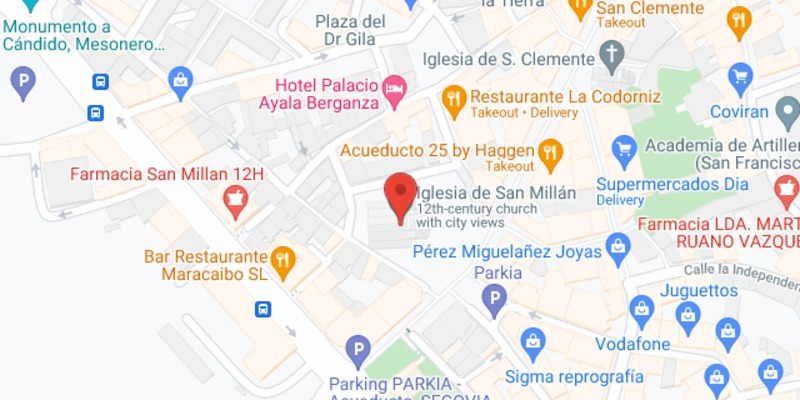 Free cancellation
If you will not be able to attend the tour, please cancel your booking, otherwise the guide will be waiting for you.
Free tours
Spain
Free walking tours in Segovia
When do you want to go?
Sun
Mon
Tue
Wed
Thu
Fri
Sat
Show more

Others cities to visit after Segovia