FollowMe Toledo (Free Tour). We are official guides of Toledo, with 10 years of experience in the sector. We always look for new experiences for the client to enjoy the city, so we have the Rodrigo de la Fuente House visit that can only be visited with FollowMe Toledo. A house palace from the fifteenth century of a family of Jewish converts of the city and the most important silk merchants. Rodrigo De la Fuente and his family were highly related with El Greco, even mentioned in La ilustre Fregona, come with us and we'll tell you.

FollowMe Toledo has designed this Three Cultures of Toledo Free Tour to show the traveler the authentic treasures of this city.

In a relaxed walk through its streets and its viewpoints. In addition, we will admire the history and tradition that the city of Toledo keeps in its streets, in its viewpoints, in the facade of its most emblematic houses and churches.

We are always looking for new experiences so that the client can enjoy the city, which is why we have the Casa Rodrigo de la Fuente, which can only be visited with Follow Me Toledo. Palace house from the 15th century of a family of Jewish converts from the city and the most important silk merchants. Rodrigo De la Fuente and his family had a lot to do with El Greco , he is even mentioned in La illustrie Fregona , come with us and we will tell you about it

This Free Tour with the guides of FollowMe Toledo, will begin in the Plaza de Zocodover as its Arabic meaning says is "market of beasts of burden", in addition to there being no better start than this place, the center of the historic center and the social life of Toledo. the city, is surrounded by the Arco de la Sangre and the Alcázar de Toledo.

Free Tour Three Cultures will take us to the highest site in Toledo, El Alcázar de Toledo, currently home to the Toledo Library and home to the Army Museum.

Later our guides will enter the city through the narrow streets of Toledo, above all, your guide will explain the peculiarities and history of these streets until you reach the Plaza de la Magdalena and Mezquita de las Tornerías, whose chronology places it in the Eleventh century.

Crafts and above all, history merge in its streets, damascening, swords and cutlery or pottery continue to survive in the traditions of the people of Toledo.

Illustrious and famous people lived in these streets, and history and legend mix in perfect harmony, confusing the real and the mysterious.

We will continue the Three Cultures free tour towards the Toledo Jewish quarter, from the top of the San Cristóbal viewpoint, in addition, we will be able to observe the Toledo Cigars and this neighborhood and its beauty, with the view of the Transit Synagogue, Santa María la Blanca and the Church from Santo Tome.

Toledo's Jewish quarter is essential when it comes to understanding the concept of the "Three Cultures" so important in Toledo.

The Paseo de San Cristóbal is the scene where the "Legend of the Toledan Night" tells us that a macabre night numerous Mozarabs were beheaded in the 9th century, as a result of the revenge of the Muladíes

Finally, our Three Cultures free tour will take us to the Plaza del Ayuntamiento to place ourselves in an incomparable setting surrounded by the Toledo City Hall building, the Archbishop's Palace and the best… the Toledo Cathedral.

We will end the visit in the Plaza de Zocodover

We have a very knowledgeable, hardworking and enthusiastic guide leading us for this tour. Most of the areas indicated in the itinerary were covered except for the hi...

We had a lovely walk with our guide. He was friendly, enthusiastic, genuine and funny. The information about the city was interesting, and we appreciate his own local ...

Minimum of attendees
A minimum of 5 people is required for the tour.
Additional costs:
The tour does not require the payment of entrance fees or additional expenses.
Free cancellation
If you will not be able to attend the tour, please cancel your booking, otherwise the guide will be waiting for you.
Free tours
Spain
Free walking tours in Toledo
When do you want to go?
Sun
Mon
Tue
Wed
Thu
Fri
Sat
Show more 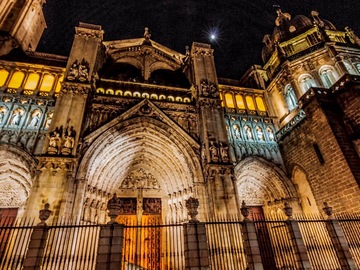 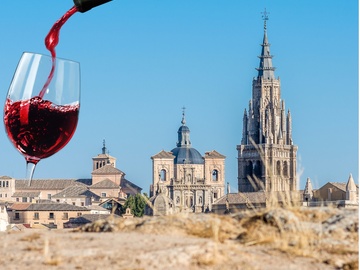 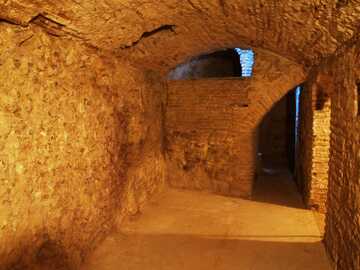 Others cities to visit after Toledo