Night falls on Zaragoza and a mystery is crying out to be solved. Come and discover from the hand of Francisco de Goya and his assistant Joaquina the murder of Tía Casca, the witch of Trasmoz. Let yourself be guided through the streets and squares of the city, where terrible and inexplicable events occurred, to learn directly from its characters the other side of Zaragoza and take a look with us at that hidden world, populated by myths and legends that want to come out into the open. light.

When night falls in Zaragoza, it is the turn of the shadows and it is time to share the darkest stories, those that show the other side of the city. Join this dramatized route in which we tour the historic center by the hand of some characters who inhabit the most hidden Zaragoza.

Accompany Francisco de Goya and his assistant Joaquina through the streets and squares where supernatural events... and earthly events took place, in which passions and beliefs, myths and reality, witchcraft and legends... mix with power. . These protagonists will guide us with their knowledge and personality, also with a sense of humor, while they help us solve a mystery: the murder of Tía Casca, the witch of Trasmoz.

Travel back in time to places like Estudios and Órgano streets, Ignacio Jordán Asso or San Bruno squares, the Stone Bridge, the San Lázaro Well or the darkest corner of the city: the Dean's Arch, and discover the stories they hide to uncover legends such as the specter called “the bug”, the legend of the white lady, forbidden love affairs with tragic endings, executions for witchcraft and other stories in which you will face the fear of the Devil himself.

But not everything is terrible and disturbing. The nocturnal beauty of the religious and the pagan comes alive when the moon appears, illuminating the city of the four cultures.

Do you dare to explore the "other" Zaragoza?


⚠️👦🏻This tour is not recommended for children due to the explicit content of violence, sex and criminal events. 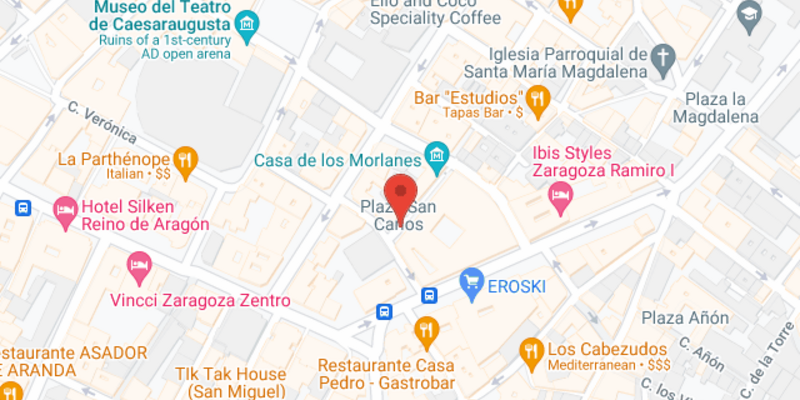 Minimum of attendees
There is no minimum number of people required for the tour.
Additional costs:
The tour does not require the payment of entrance fees or additional expenses.
Free cancellation
If you will not be able to attend the tour, please cancel your booking, otherwise the guide will be waiting for you.
Payment methods
Electronic or credit card payment is accepted.
Free tours
Spain
Free walking tours in Zaragoza
When do you want to go?
Sun
Mon
Tue
Wed
Thu
Fri
Sat
Show more