We are 100 Spires City Tours but you might also know us as Real Prague Guides on YouTube. We are a team of Prague-born tour guides and local experts whose passion for this city and its history is unmatched: Vaclav - Praguer to the bone. Studied guiding school (yes that exists) and is the cinematographer and editor for the Real Prague Guides YouTube channel. Nico - famed opera singer of Bolivian and Czech descent, who will show you a brilliant city full of wonder Jakub - Born in Prague. Dry Czech humour expert. Káča - Czech historian and architecture major. Kamil - Science has Einstein. Prague has Kamil. If anyone can make 3 hours seem like it’s 3 minutes, it’s Kamil. Our Free WW2 & Communism expert. Kuba - Not from Prague, but close (only 20 km’s away). Kuba works in education and in his free time…guides tourists in Prague 😅. Daniel - Czech actor! Yep! You can even have an actor guiding you. James - The only expat in our team, but trust us, he is good! His love for Prague might make you want to move to this beautiful city! Valery - the face of our YouTube channel. You won’t see her on the free tour since she mainly works in office nowadays but if you get lucky, you might see her at our meeting point. Prague is a magical city, full of history, and unbelievable stories that will make your jaw drop so far that you might need a traumatologist after visiting (some Czech humor). Book today for a chance to see beautiful Prague as we do.

On this tour, we will immerse in Prague's darkest period of history, which lasted from September 1938 till November 1989. Through stories of courage and hope, you will learn about the Holocaust and the fate of Jewish People in Prague. You will hear about the assassination of Reinhard Heydrich during the operation Anthropoid, the aftermath of which left brave Czech paratroopers fighting for their lives against 700 Nazi soldiers in the church of Cyrill and Methodius. We will show you the Dancing House where Valentine's Day bombing took place and the dorm where a student, whose story inspired the Velvet Revolution, lived. You will also learn about the Coup d'état of 1948, Prague Spring, the Invasion of 1968, why Jan Palach set himself on fire and where did the fall of communism and the famous Velvet Revolution start.
Itinerary: 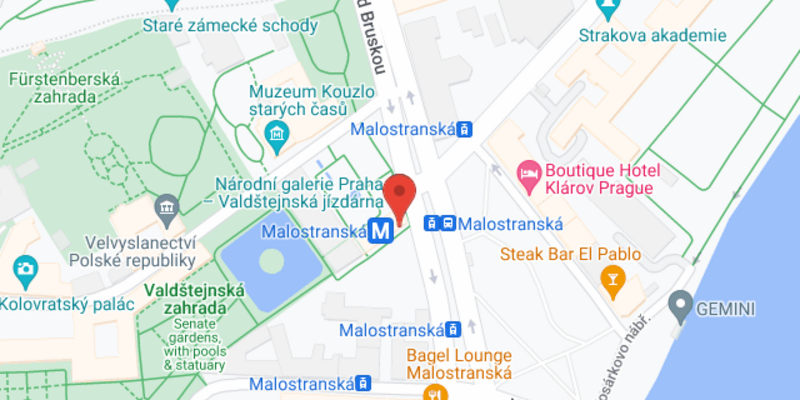 I would highly recommend this tour. We took the city tour first and I really enjoyed that but this tour was so information filled and included Kamil’s extensive knowl...

This was an excellent tour, sharing such rich knowledge of the politics and structure of Czechia in the last century.

This 100 Spires team is great. This was our 2nd tour in / days here in Prague. This tour covered more recent times in the nations history and Jacob was able to relay t...

I really enjoyed the tour with Jakub. A lot of history that brings you a good picture of the things that happened in Prague on the 20th century. Don’t hesitate to do t...

I would highly recommend this tour. We took the city tour first and I really enjoyed that but this tour was so information filled and included Kamil’s extensive knowledge as well as personal stories. You will learn things on this tour that will give you a new appreciation of the Czech people . Kamil is not just a tour guide (although I respect and enjoy most guides), he has a degree in political science so his knowledge is not superficial. I can’t say enough about how valuable, informative and fun this tour was! Don’t miss it!!!!

Response from 100 Spires City Tours
Thanks a lot 🙏

This was an excellent tour, sharing such rich knowledge of the politics and structure of Czechia in the last century.

Response from 100 Spires City Tours
Thanks a lot 🙏

Minimum of attendees
There is no minimum number of people required for the tour.
Additional costs:
The tour does not require the payment of entrance fees or additional expenses.
Free cancellation
If you will not be able to attend the tour, please cancel your booking, otherwise the guide will be waiting for you.
Free tours
Czech Republic
Free walking tours in Prague
When do you want to go?
Sun
Mon
Tue
Wed
Thu
Fri
Sat
Show more 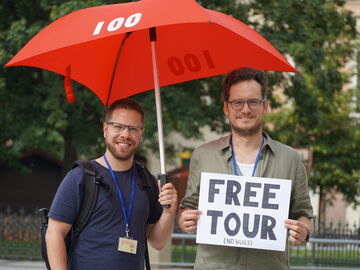 291 ratings
4.9
Prague Castle and Castle District (incl. the Changing of the Guards with music) Free Tour
2h and 15min

Others cities to visit after Prague