I am a very passionate person who loves to transmit why this city is so unique. I really enjoy meeting people from all over the world and adding memories to their trip. I have studied Philosophy, History and Acting and lieved in four different countries. I looove travelling, I am a bit cool spots geek and I feel very comfortable leading groups. I would really like to share with you my favorites nooks and stories!

Do you dare to enter the darkest period of the modern era?

Tour the city by the hand of an expert in WWII , the conflict that shook the foundations of civilization. Get to know its protagonists and how, step by step, the systematic extermination designed by the Nazi regime was reached. Visit some of the most relevant places in the years of Nazi occupation in the Netherlands.

during this tour We will talk about the different phases of the conflict and especially how it affected the Netherlands , the country that suffered the hardest blow on the western flank of the war. Some of the main points will be:

Do not hesitate to join the most complete and formed tour on the Second World War in Amsterdam . Walk with me the years that forever changed history; knowing it makes it possible not to make the same mistakes. We wait for you!


*Do not forget to confirm attendance in the message that you will receive within the 24 hours prior to the tour. Places are limited and it is necessary to leave them free if you are finally not going to be able to attend.
*There is a municipal tax of €1.5 pp
*Large reservations pay the suggested amount
*For the tour to take place, at least half of the attendees must be present 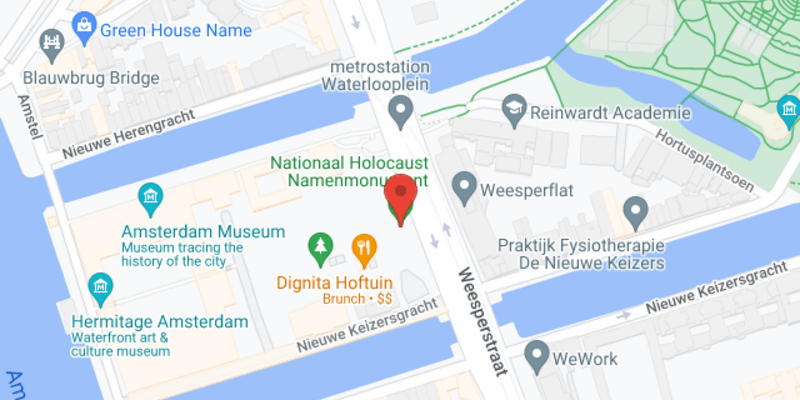 Minimum of attendees
A minimum of 4 people is required for the tour.
Additional costs:
The tour requires the payment of entrance fees or additional expenses.
Free cancellation
If you will not be able to attend the tour, please cancel your booking, otherwise the guide will be waiting for you.
Payment methods
Electronic or credit card payment is accepted.
Free tours
Netherlands
Free walking tours in Amsterdam