Free Tour Úbeda, the city we do not know.

I am a hard-working, responsible person and I love the work I do Inform and interpret my routes or tourist visits. He differentiated me from the other tourist guides in two things, one is: that I behave as I am (I am myself) and second, because my routes or visits are not like the normal ones that explain a monument or any tourist resource, if not , which apart from that, I explain and if I can also teach, the secrets that my locality hides, such as Linares (Jaén), such as a mining Church that is closed to the public (and I ask permission not to open them), a mining gallery, etc.

Free Tour Úbeda, the City that we do not know.

We go further, we will tell you about the labyrinthine network of Galleries or Passages that are located from Calle Real to the old Alcázar. There will also be the famous story or Legend of the woman sandwiched in the Casas de las Torres. We will also comment on the origin of Úbeda through its ancient town located in Úbeda la Vieja (Ancient Roman City called Salaria) and we will also talk about where the Earth Tower or Ibiut could be located, where skeletons were found buried that could have a height of more than two meters each individual. And many stories to be told.

- For this route you will need a minimum of 4 people. 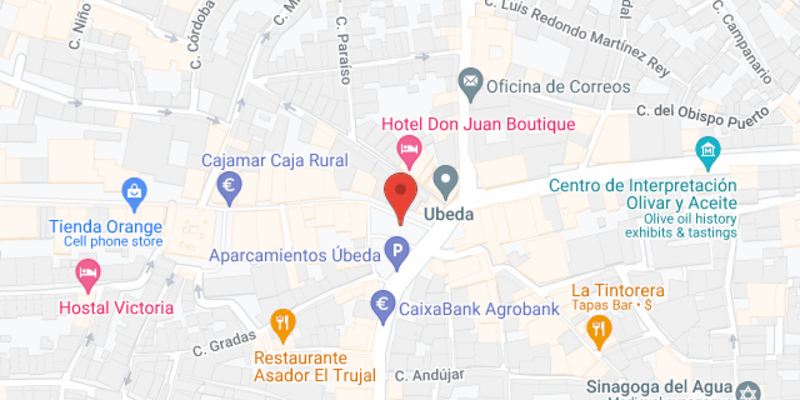 Minimum of attendees
A minimum of 4 people is required for the tour.
Additional costs:
The tour does not require the payment of entrance fees or additional expenses.
Free cancellation
If you will not be able to attend the tour, please cancel your booking, otherwise the guide will be waiting for you.
Free tours
Spain
Free walking tours in Úbeda
When do you want to go?
Sun
Mon
Tue
Wed
Thu
Fri
Sat
Show more