Share on Twitter
Recommended
Based on travellers surveys. Only 2% of the best experiences in guruwalk receive this badge.
Free tour
42 ratings
4.9

THE DARK SIDE OF THE ANCIENT ROMANS INSIDE THE COLOSSEUM

Hi everyone! I'm Marcius. A former history teacher from ROMA... NIA .. Yep, my ancient country called Dacia conquered by Romans in 106 AD. So, I know something about the Ancient Romans. Lol! I live in Rome since 1995, from that year never I left the Eternal city, being too beautiful and full of history, bread for my teeths. I'm a pretty informative guy wishing to share as much as I can for the time we'll going to be together. Being a historian, be sure I'm going to present the facts in its naked reality.. in good.... in bad. To learn from the past the stories must be told in the way that happened , with no "politically correct "attitude. Remember,.... the history is already written... we're just the... Storytellers. If we keep denying the dark skeletons from the closet, can't go forward and can't be better people. In the psychology of human behavior, denialism is a person's choice to deny reality as a way to avoid a psychologically uncomfortable truth. We inherited the Roman ambivalence questioning whether the ends justify the means. The tears alongside the victory parades. 2000 years ago the roman historian Tacitus offers a image of fallout of Roman conquest. They make a desert and they call it peace. I'm an official Tour Guide, working mostly for the Archaeological Park of the Colosseum, Vatican Museums, Basilica St Peter and walking tours. Hope to see you soon guys. P. S... THIS IS NOT AN AGENCY. SO, THE TOURS ARE GUIDED ONLY BY MY SELF. Sincerely, Marcius

The dark side of the ancient Romans... inside the Colosseum during the games.

Join my tour if you are tired of the  classical superficial tour that avoids the drama, the tragedies, the blood.... because is not..... politically correct.

Well, as a historian be sure I'm going to give you the straight stories, naked, cruel, as they used to be.
You're going to listen  the facts from the time passed on white and black, without the grey zone in the middle.

Well, this tour is for you.

Isn't your stomach strong to hear crazy things done by the ancient Romans?

At this point the tour is not for you.

I'm the man standing in front of you to give a vivid bloody page from the past.

The tour will end on the Capitol Hill, with the touch and fingerprint of Michelangelo Buonarroti.

At the end we need beauty because this is the GOAL.

To learn from the past, hoping not to make the same mistake..... but there's is a MUST, in bringing home, the beauty the creativity, the genius of the human beings,.... "tools", that they brought us to the.....
HOMO SAPIENS ERA,
away from the.....
Homo Erectus....... all this pushing us to the new era...

The tour is going to cover the following sites.
1. Colosseum, a walk around it.
2. Roman Forum,
3. Trajan's Market and his column
4. Mamertino prison
5. Capitol Hill,
(a whole tour of it with the stunning view of the Roman Forum.)
6. Marcello Theater, view from the Capitol Hill.
7.Piazza Venezia end of the tour

To the end of the tour two beautiful surprises!

The tour does not include entrance inside the Colosseum, Roman Forum and Palatine Hill.

We walk and explain from outside.
I'll give also tips for eating and places to see.
Cheers!
Marcius 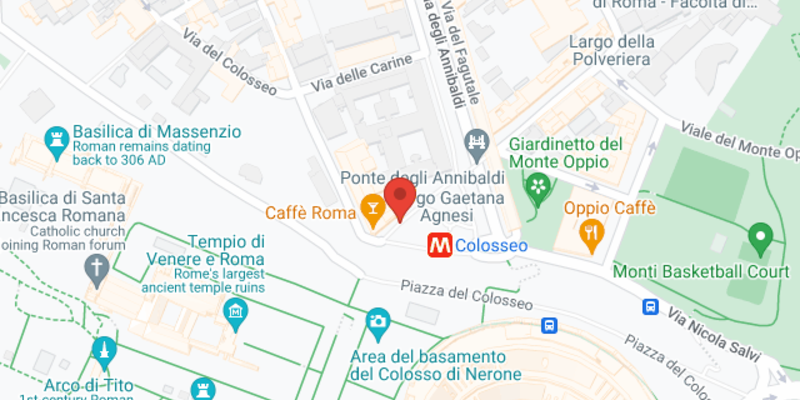 ken ... 05 Dec 2022
Verified booking
Travelled alone - Dec 2022
fantastic. Marcius has a deep knowledge of ancient Rome. His tour is more in depth and focuses on many (often times unsavory) aspects of life in Rome. Not for the faint of heart, but certainly for those who want a more authentic view of the realities of life in ancient Rome. Highly recommend.
Show 42 reviews

Response from Marcius
Cherie, Thank you so much!

Response from Marcius
Thanks a lot Bel!

Amazing tour with a wonderful Marcius!

Response from Marcius
Liron, Thank you so much!

Response from Marcius
Yael, Thank you so much!

Response from Marcius
Arti Thanks a lot for the nice review!

Minimum of attendees
There is no minimum number of people required for the tour.
Additional costs:
The tour does not require the payment of entrance fees or additional expenses.
Free cancellation
If you will not be able to attend the tour, please cancel your booking, otherwise the guide will be waiting for you.
Free tours
Italy
Free walking tours in Rome
When do you want to go?
Sun
Mon
Tue
Wed
Thu
Fri
Sat
Show more