If there's an alternative to Paris' classy centre, it's Montmartre! Known for its artsy vibe, winding streets, red mills and providing pleasures of both the mind and the body, this iconic location serves the Parisians and the world as both an inspiration... and a warning.

Once a sleepy village located on the slopes of the Martyrs' Mountain, in the late 19th century Montmartre was transformed into the world capital of art. Couple that with a string of bohemian vagabonds settling here, and you've got yourself a mix like none other in the world. Monet, Renoir, Van Gogh, Picasso, Modigliani, Matisse, Degas, Toulouse-Lautrec to name just a few - many of them were engulfed in literature, philosophy, painting and... sex, drugs and alcohol. Scandals abound, this place has it all and still draws the unruly among the human kind.

On top of that, literally, there stands the magnificent basilica of Sacré-Coeur. The surrounding streets winding up to it served as a backdrop of countless famous films and series.

Let Montmartre enchant you, like it did to us. On our tour you will see: 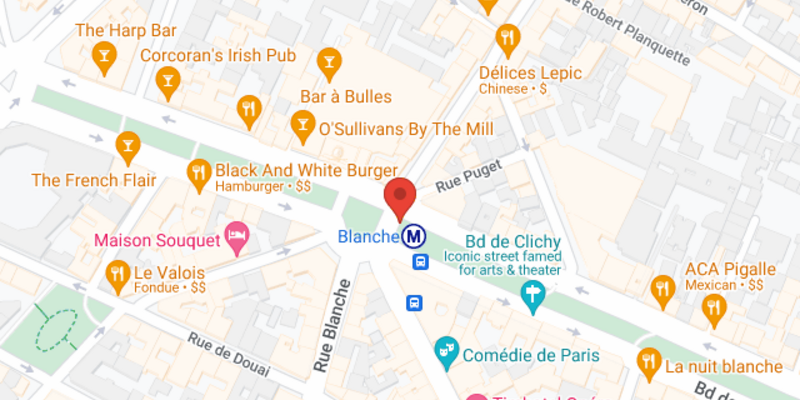 Beaf... 26 Jan 2023
Verified booking
Travelled in couple - Jan 2023
Ruben was really funny and all the information was really interesting. He exceed our expectations! I will recommended 200%

Moz ... 06 Jan 2023
Newcastle upon Tyne
Verified booking
Travelled alone - Jan 2023
Loved meeting Ruben for this tour. He was so friendly and welcoming. My only negative was that the group was quite large, so there wasn't really the opportunity to connect with other people like on a smaller tour. But I though he was v funny and well informed and clearly likes what he does. Definitely recommend this tour!
Show 43 reviews

Ruben was really funny and all the information was really interesting. He exceed our expectations! I will recommended 200%

Minimum of attendees
There is no minimum number of people required for the tour.
Additional costs:
The tour does not require the payment of entrance fees or additional expenses.
Free cancellation
If you will not be able to attend the tour, please cancel your booking, otherwise the guide will be waiting for you.
Payment methods
Electronic or credit card payment is accepted.
Free tours
France
Free walking tours in Paris
When do you want to go?
Sun
Mon
Tue
Wed
Thu
Fri
Sat
Show more