Free Tour the best of Ávila, around its Walls

Come to Ávila, one of the World Heritage cities in Spain, and let me share my love and knowledge of both its natural and cultural heritage with you! An official Tour Guide since 2016 I'm always searching for professional excellence. If you are looking for a quality tour and accuracy in the explanations I can make the difference in helping you discover the real Ávila and its highlights. I love meeting new people and showing them around as I would do with friends or family. The most important thing is enjoy and make best use of the time you have to know one of the most special towns and people in the world!!

Ávila is one of the World Heritage cities of Spain. It was thus honored for being the best preserved example of a medieval walled city from the time of the Reconquest . This city is known as "land of songs and saints". And so, thousands of people arrive here every year attracted by the fame of its walls, some of the best preserved in the world, and also by the figure of Santa Teresa , the first woman to be named a doctor of the church .

We will surround its wall, its emblem monument, entering and leaving the walled city in search of its most interesting monuments, reviewing its history , learning about the Vettona culture , its Roman past , its birth as a city in the Middle Ages and its time of splendor the 16th century , until arriving at the present Avila. We will tell some of its most surprising legends, we will talk about its most illustrious characters ... We will make your visit to our city an unforgettable experience.

The tour does not include any visit to the interior of the monuments, all the buildings that can be visited require an entrance fee and have their own audio guides.

To guarantee the quality of the visit, the groups will be a maximum of 20 people.

The tour will not take place in adverse weather conditions, that is, in case it is raining or snowing .

COMFORTABLE FOOTWEAR IS RECOMMENDED FOR WALKING. 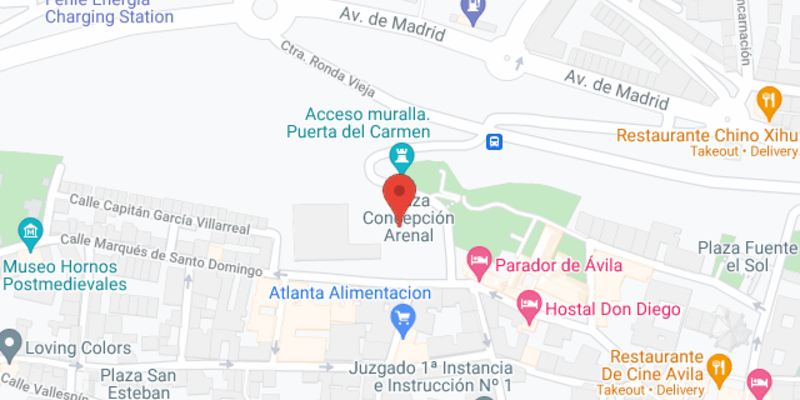 I really enjoyed this tour and felt like I learned a lot about Avila. The time flew by! Also, Luz was very kind and considerate, knowing that Spanish isn’t my first la...

I really enjoyed this tour and felt like I learned a lot about Avila. The time flew by! Also, Luz was very kind and considerate, knowing that Spanish isn’t my first language. She spoke clearly, explained things in multiple ways, and frequently checked in with me to make sure I was understanding more obscure vocabulary. Highly recommend!

Response from Luzdivina
Thanks very much for your tour review. I'm glad to hear that you enjoyed the tour and that you recommend it.

Minimum of attendees
There is no minimum number of people required for the tour.
Additional costs:
The tour does not require the payment of entrance fees or additional expenses.
Free cancellation
If you will not be able to attend the tour, please cancel your booking, otherwise the guide will be waiting for you.
Free tours
Spain
Free walking tours in Ávila‎
When do you want to go?
Sun
Mon
Tue
Wed
Thu
Fri
Sat
Show more

Others cities to visit after Ávila‎