Hi everyone! My name is Josué and I'm an Official Tour Guide from the city of Linares (Jaén). I have a full tourism formation and experience achieved during the last 10 years, working as an entertainer and tour guide. I truly love to share with people experiences as well as to show around different places, spots and landmarks that belong to my own land where all my roots start. Recently I moved to the city of Baeza where I prepare a brand new adventure within the Tourism World and... what's better than showing visitors around all the different jewels of your province? If you want to have a real fulfilling experience and find out something more about the history of our villages and cities and all the richness they hold, please, you're welcome to come by anytime and I'll be more than pleased to show you around. I'll be waiting for you all, see u soon! Josué

I am Josué and I welcome you to the beautiful Renaissance city of Úbeda , where I invite you to discover this Renaissance gem in the province of Jaén and twinned with the city of Baeza, sharing the title of World Heritage Site with it since 2003.

On this occasion, we will have the opportunity to visit the city that has the square that houses the most monuments per square meter in Europe, and we are not only talking about their number, but also about the architectural beauty that they have as well as their originality, personality and history printed in each of its buildings. We start from the Mirador de El Salvador where we will learn about the origins of the city, marveling at the majestic Guadalquivir Valley and trying not to get lost in "Those Hills of Úbeda...", we will make a magical journey that will take us through the narrow streets of the historic center of the city, knowing some of the ins and outs that happened in the Gradeta de Sto. Tomás, along with the vicissitudes that led San Juan De la Cruz to find his bones in the Convent of the Discalced Carmelites of San Miguel. We will stop at the Plaza del 1º de Mayo , where the first Market Square was located and the meeting point of Ubetense society. Upon our return, we will pass through the emblematic Calle Real and finally we will end up in the monumental Plaza de Vazquez De Molina , the authentic Olympus of Ubet's patrons, among whom we find Francisco de los Cobos y Molina, secretary of state of the Emperor Carlos V and one of the great responsible for endowing the splendor that the city knew during the s. XVI and that is still evident in its numerous constructions.

This tour consists of the following stops:

IMPORTANT: For the tour to take place, it will be necessary for 2 walkers to attend it. If the agreed minimum is not reached, it will be canceled at most one hour before the start of the event. 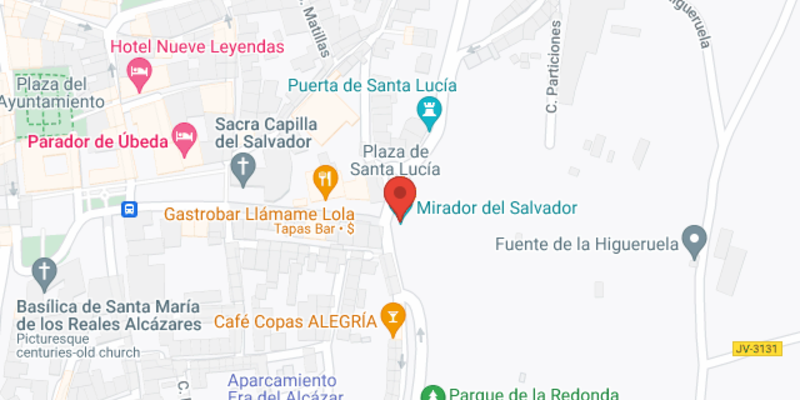 Minimum of attendees
A minimum of 4 people is required for the tour.
Additional costs:
The tour does not require the payment of entrance fees or additional expenses.
Free cancellation
If you will not be able to attend the tour, please cancel your booking, otherwise the guide will be waiting for you.
Payment methods
Electronic or credit card payment is accepted.
Free tours
Spain
Free walking tours in Úbeda
When do you want to go?
Sun
Mon
Tue
Wed
Thu
Fri
Sat
Show more