Free Tour on The Inquisition

"Choose a job that you like and you will not have to work a day of your life" Confucius. Madrilenian by birth and traveler by vocation. My passion is traveling and this has also led me to live in Munich for a few years, which has allowed me to grow in many ways. It was in this city, where by chance I started working as a tour guide, a profession that allows me to combine two fields that I am passionate about, tourism and communication. I have always been linked to the world of tourism, which has allowed me to accumulate experience in different sectors and jobs. Ambitious in character, always looking for new projects to go a little further and constantly reinvent myself. This led me in 2019 to create my own tour company in Madrid and Munich called Todo Tours. With my feet on the ground and my eyes on a plane on my way to a new destination, I am always ready to undertake a new project, discover something new and learn as much as possible.

The Spanish Inquisition is one of the most controversial institutions in history and a symbol of terror and death for millions of people in Spain and Latin America, but what was really behind the myth?
Discover the dark secrets of the Court of the Holy Inquisition on this walking tour of Madrid. On a circular route, we will start and end our route in the Plaza Mayor , where the largest Auto de Fe celebrated by the Inquisition in the Villa and Corte, in 1680, took place . On the way we will discover many of the places that were the scene of the activity of the Holy Office (such as the Convent of Santo Domingo, located in the square of the same name, the Convent of the Incarnation or the headquarters of its last Court, in Torija street) . We will also learn about some of the more murky events linked to the institution in Madrid, such as those that motivated the great Auto de Fe of 1632, and we will remember great historical figures whose fate was linked to that of the Inquisition: from that of the brilliant painter Diego de Velázquez the obscure first Grand Inquisitor Tomás de Torquemada , the powerful Count Duque de Olivare s or the controversial royal secretary Antonio Pérez.

This tour sheds light on one of the darkest sides of the History of Spain, helping to understand many of the historical, political, social and cultural phenomena that have defined us for centuries.
You do not miss the hype! 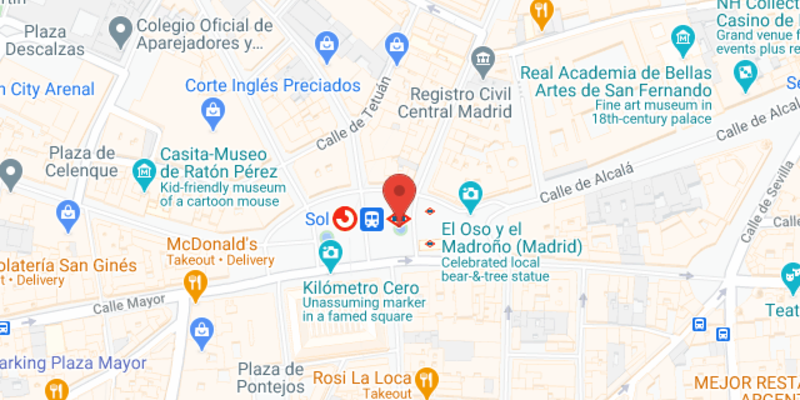