"Choose a job that you like and you will not have to work a day of your life" Confucius. Madrilenian by birth and traveler by vocation. My passion is traveling and this has also led me to live in Munich for a few years, which has allowed me to grow in many ways. It was in this city, where by chance I started working as a tour guide, a profession that allows me to combine two fields that I am passionate about, tourism and communication. I have always been linked to the world of tourism, which has allowed me to accumulate experience in different sectors and jobs. Ambitious in character, always looking for new projects to go a little further and constantly reinvent myself. This led me in 2019 to create my own tour company in Madrid and Munich called Todo Tours. With my feet on the ground and my eyes on a plane on my way to a new destination, I am always ready to undertake a new project, discover something new and learn as much as possible.

They were also part of history, but the history in lowercase was written by them. Politicians, painters, writers, intellectuals, but also leaders of the labor movement and militia ... Meet some of the most interesting women in the history of Spain and the reason why many of them were barely recognized in a country they achieved transform, although he never claimed them.
The tour begins at the Puerta del Sol , where the purpose of the route will be presented and the first female subject who is the protagonist of the visit will be discussed, hidden in the city's coat of arms.
We will then go to the Plaza de Santa Ana and cross the Barrio de las Letras , among whose streets we will discover some of the most relevant and forgotten intellectuals from the 17th to the 20th centuries .
After a stop in front of the Congress of Deputies (in which we will talk about the conquest of the female vote and the person who planted the seed for its attainment), we will advance to the Prado Museum to explain the presence of women in one of the most important art galleries in the world.
We will finish in front of the Monument to the Fallen for Spain , in the Plaza de la Lealtad, to talk about some of the forgotten heroines of the people of Madrid and the myths that have tried to hide them for centuries .

With this tour you will discover the answer to these and other questions, but also the reason why you did not know it before.
Go ahead and reserve your place now!

* The minimum for this tour is 4 people, normally we reach this figure, otherwise we would notify you in advance. 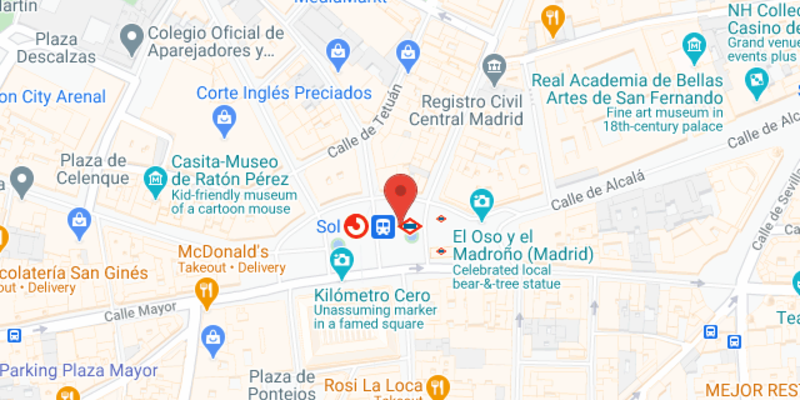 Minimum of attendees
A minimum of 4 people is required for the tour.
Free cancellation
If you will not be able to attend the tour, please cancel your booking, otherwise the guide will be waiting for you.
Free tours
Spain
Free walking tours in Madrid
When do you want to go?
Sun
Mon
Tue
Wed
Thu
Fri
Sat
Show more