If we were clear that Lugo is a Roman city , through this tour you will be able to delve into its history at the hands of our guides, who will accompany you for an hour and a half to learn everything related to that Roman era.

Of deities and pagan rites, roads, bridges, domus and, how could it be otherwise, of walls, we will talk throughout the visit, being able to see all these elements in situ .

We will tell stories and curiosities that the Roman Empire has left us as an inheritance. We will talk about why the months of the year went from being ten to finally adding two more. The way the Romans dressed and that has influenced how we dress today. How were the Roman houses and, although it may not seem like it, the houses of today still have a great similarity with those of that time. This, and many more anecdotes will be part of this tour.

Join us and we will visit the areas that still show us the Roman past: from the Plaza Mayor where part of the forum was located, passing through the Rúa do Doutor Castro with an example of a Roman domus that can be visited, the Plaza de Armanyá with a milestone, the Plaza de Santo Domingo with remains of Roman walls, the intramural and extramural walls... and much more.


IMPORTANT:
* Free payment for each attendee at the end of the visit. 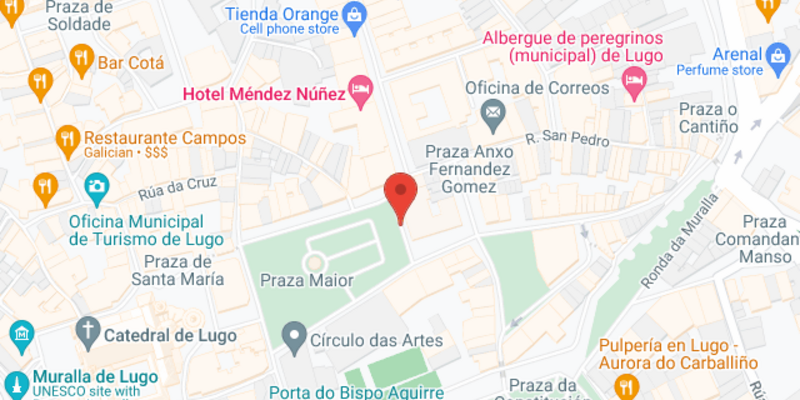 Minimum of attendees
A minimum of 4 people is required for the tour.
Additional costs:
The tour does not require the payment of entrance fees or additional expenses.
Free cancellation
If you will not be able to attend the tour, please cancel your booking, otherwise the guide will be waiting for you.
Free tours
Spain
Free walking tours in Lugo
When do you want to go?
Sun
Mon
Tue
Wed
Thu
Fri
Sat
Show more

Others cities to visit after Lugo