Good morning everyone, I am Miguel Angel Fernández, official tourist guide and senior technician in tourist information and marketing. I would like to be able to accompany you around my city, strolling to share stories, traditions, culture through different routes and discover a city full of charms, Vélez-Málaga has a lot to teach you ... will you accompany me?

Starting our tour from the Plaza de las Carmelitas, just in front of the town hall of Vélez-Málaga, we will start a walk of about 2 hours to get to know some of the most historical places of the city, first we will find ourselves in the Plaza del Carmen with the facade of the old church of the convent of San José de la Soledad del Monte Carmelo, now converted into the Teatro del Carmen or the sculpture of one of the most famous flamenco singers, Antonio Ortega Escalona, better known as "Juan Breva". Our steps will take us to the Plaza de la Constitución, where is the parish of San Juan Bautista, the building of the Poster, the Fountain of Ferdinand VI and its particular "differences" and the old medieval walls that we will cross through one of its doors and We will ascend to the viewpoint of the walls, from here we will continue our journey through the narrow and winding streets of Moorish origin of the Villa neighborhood, an old Muslim medina passing through the particular facade of the "House of the Painter" until we reach one of the most emblematic buildings of the city's rich monumental complex, the Church of Santa María de la Encarnación, which was an old Aljama mosque and that has a rich artistic heritage inside because this building has a double use, parish and the first museum dedicated to Holy Week throughout Andalusia, and that through its permanent exhibitions of that rich trousseau of the different brotherhoods and audiovis At the same time, our visitors can know almost as if they were in a virtual street as the different processional parades of the 19 brotherhoods and the 28 thrones that make their station of penance in this plastic representation of faith, religiosity, history and tradition are developed. To end the tour, we will visit the remains of the nearby and imposing Muslim citadel that dominated all this territory and from where apart from knowing its history we can climb the tribute tower to contemplate extraordinary panoramic views of 360º to more than 150 meters high, overlooking the sea, the fertile valley of the Vélez River with its subtropical plantations, the mountainous foothills of the natural park of the mountains of Alhama, Tejeda and Almijara, a very interesting experience and that is suitable for all public https://www.youtube.com/watch?v=Ys64acBRzqU * Historic buildings can be visited according to visiting hours. 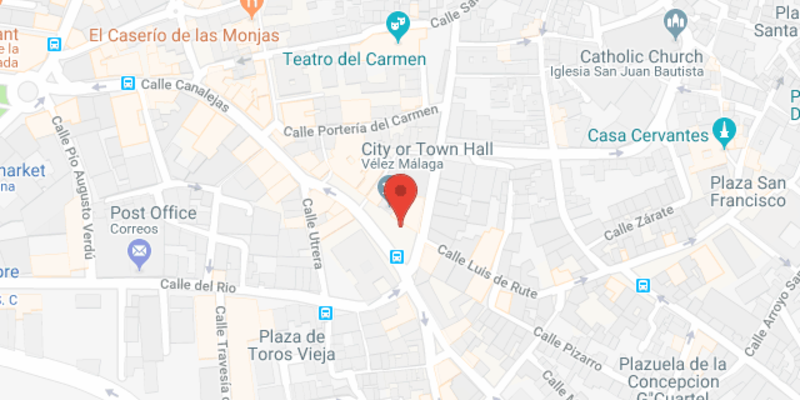 Free cancellation
If you will not be able to attend the tour, please cancel your booking, otherwise the guide will be waiting for you.
Free tours
Spain
Free walking tours in Vélez-Málaga
When do you want to go?
Sun
Mon
Tue
Wed
Thu
Fri
Sat
Show more 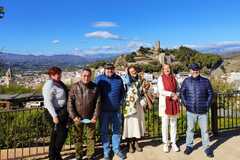 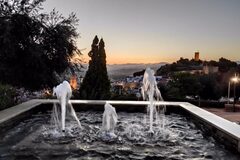 Others cities to visit after Vélez-Málaga