Discover the historic center of Astorga

My name is Raúl, I have a degree in Art History, with a master's degree in "Art, Museums and Historical Heritage Management". I have been an official tourist guide for over 6 years. I have worked as a guide in different cities such as Granada, Seville, Florence, Malaga, Merida, Cáceres, Trujillo and, for 3 years, in Palencia, León and Astorga. The fact of being able to work as a guide in these cities offers me the possibility of knowing them a little better day after day, since in this work, the training must be continued to offer a service with the highest possible quality. Committed to tourist quality, since I am one of the few guides in León who can boast having the "Tourist Quality Commitment" Seal. Come and discover Leon and Astorga with me, surely you have a great time.

In this Guruwalk you will discover the most hidden secrets of the historic center of Astorga. We will start in Eduardo Castro Square where we will know the Roman origins of this bimillenary city. After this brief introduction we will approach the most important monument of the city: its imposing cathedral and we will know details as curious as the pilgrim's dog or the peculiar character that crowns the cathedral: the enigmatic Pedro Mato. From there we will see the small church of Santa Marta, and the mysterious "sandwich cell". Next we will see a fairly well preserved section of the wall of Roman origin and we will dedicate a stop to the impressive Episcopal Palace, designed by the Catalan genius Gaudí. Through the street of the Sites, the main artery of the historical center astorgano, we will know details about the craft crafts of the city and the passage of Napoleon through it. Already in the Plaza Mayor, we will place special emphasis on the Town Hall and the well-known Clock of the Maragatos. Finally, and on the way to the Garden of the Synagogue, we will talk about the Roman Museum, the church of San Bartolomé and the vestiges of the Roman House. 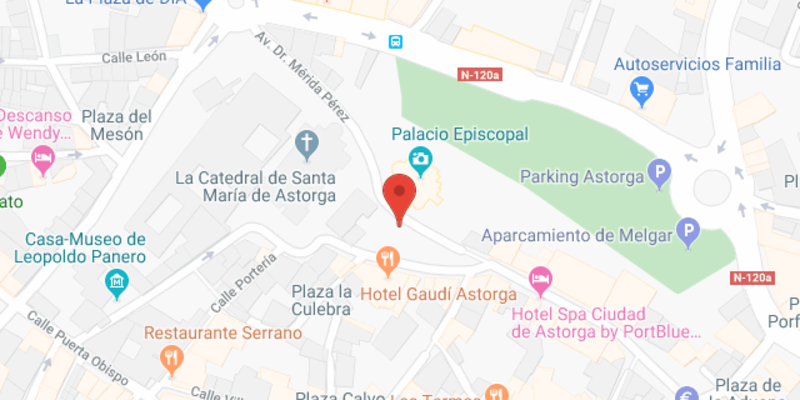 Minimum of attendees
A minimum of 4 people is required for the tour.
Additional costs:
The tour does not require the payment of entrance fees or additional expenses.
Free cancellation
If you will not be able to attend the tour, please cancel your booking, otherwise the guide will be waiting for you.
Free tours
Spain
Free walking tours in Astorga
When do you want to go?
Sun
Mon
Tue
Wed
Thu
Fri
Sat
Show more

Others cities to visit after Astorga