We are a Kenya based tour operator who is passionate about experimental travel and conserving the environment. We believe in making our clients' adventure unforgettable, as well as sharing the experience with others around the world. Our products include city tours, bush safaris, beach vacations, and day trips. The company is made up of a team of energetic individuals who work to provide a memorable experience for our clients. Environmental conservation is key for us, which is why we are involved in various environmental conservation initiatives within the city and beyond. Make Kenya a better place and travel a lasting experience.

Nairobi Historical City Tour starts with a panoramic tour covering the modern city centre. Explore the Kenya National Archives, with a brief visit to the Tom Mboya statue. Proceed to the Dedan Kimathi monument, followed by a tour along the Kenyatta Avenue, where you will encounter other historical sites. Walk along Kenyatta Avenue viewing various sites such as the General Post Office (GPO), Nyayo House and the Galton-Fenzi Memorial monument, which was built in 1939 in memory of Galton Paul Fenzi, who founded the East African Automobile Association besides devising Kenya’s road system. From there, visit the Nairobi Art Gallery, located at the intersection between Uhuru Highway and Kenyatta Avenue. Built in 1913, this was the Old PC’s office building. An optional visit to the Freedom Corner at Uhuru Park, which was set up as a memorial to the struggles of Nobel Laureate Professor Wangari Maathai and other women went through in a fight to protect the park from the construction of high rise buildings. Proceed to City Hall and Law Courts, parliament buildings and the Kenyatta International Convention Centre (KICC), which is the landmark of the city. The tour then heads to the August 7th Memorial Park, the 1998 bomb blast site then heads to the Railways Museum where old steam locomotives are exhibited, including the one from which Superintendent John Lyall was taken by a man-eating lion in Tsavo in 1901. Return to the point of departure. Please note: - Some attractions in the intinerary have entrance fees. These include: The Kenya National Archives, the KICC, the August 7th memorial park and the Railways Museum. - Some attractions such as the government buildings to not allow photography so please be cautious. - Also, please carry water and some snacks to munch during the tour. 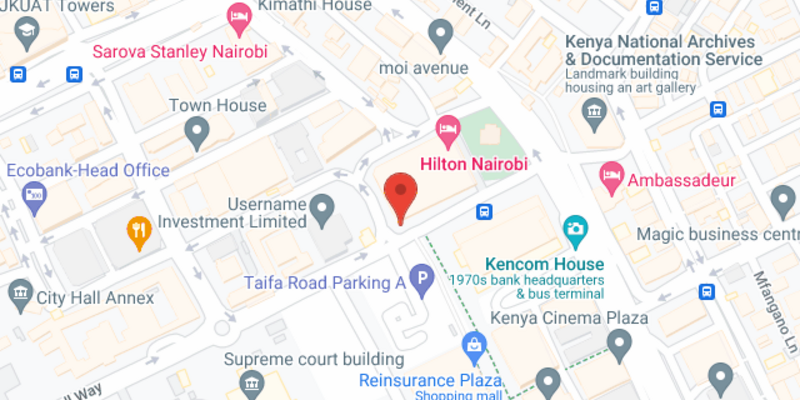 Betty 05 Jul 2022
Verified booking
Travelled in group - Jul 2022
Very knowledgeable about nairobi, very personable, good sense of humor, flexible with our needs. Would be relatable with any group or individual.
Show 4 reviews

Response from Heels and Valise
Thank you Ebony for the positive review. Safe travels.

Very knowledgeable about nairobi, very personable, good sense of humor, flexible with our needs. Would be relatable with any group or individual.

Response from Heels and Valise
Thank you Betty, we are glad that you had a great time with us. Hope to have you and your team again with us in future. Safe travels.

Minimum of attendees
There is no minimum number of people required for the tour.
Additional costs:
The tour requires the payment of entrance fees or additional expenses.
Free cancellation
If you will not be able to attend the tour, please cancel your booking, otherwise the guide will be waiting for you.
Free tours
Kenya
Free walking tours in Nairobi
When do you want to go?
Sun
Mon
Tue
Wed
Thu
Fri
Sat
Show more 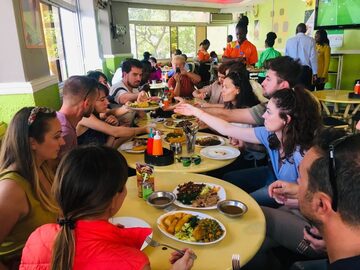 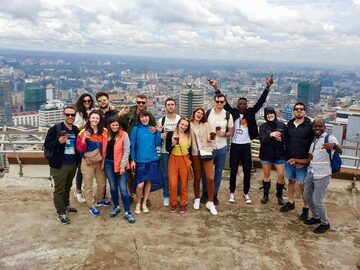 Others cities to visit after Nairobi