Take is a small local company that wants to show its cities to the world. We have a team of talented and passionate guides who want to show you the nooks and crannies, secrets and stories of our unforgettable city. Come and discover Lisbon, Porto, Braga and Guimarães and all the charms and charisma of Portugal. 2018, 2019 & 2020 Certificates of Excellence by TripAdvisor.

The Cascais Free Tour will have the sea as its companion, from the beaches of Conceição and Rainha to the mystical Boca do Inferno. But Cascais isn't just its white sandy beaches, small shops in the narrowest streets or restaurants where the fresh fish arrives every day. Cascais was once a simple fishing village and in this Free Tour we will tell you how it became the summer retreat of the Portuguese monarchy in the 19th century. What would the 19th century beaches be like in the Cascais region? How were the ladies and gentlemen dressed who enjoyed this paradise just over 30 kilometres from Lisbon every summer? What was the importance of Cascais for the Discoveries? What happened to it in the great earthquake of 1755? Why is there such a large English community in Cascais? These and many other questions will be answered throughout our Cascais Freetour. We will also get to know one of the most famous ice-cream parlours in the world, Santini, and the history of its founder, the Italian Attilio Santini. Never losing sight of the colourful bay of Cascais, the most recent boats, side by side with the small boats of fishermen. There will certainly not be a more invigorating Take Freetour. For more than 2 hours, the Cascais Free Tour is bathed in the energy of the sun and the sea, the stories of the village's foundation, the royal palaces, the fishing boats and the love stories and mysteries of international espionage. Be prepared He is also preparing for a breathtaking end! Not to be missed. 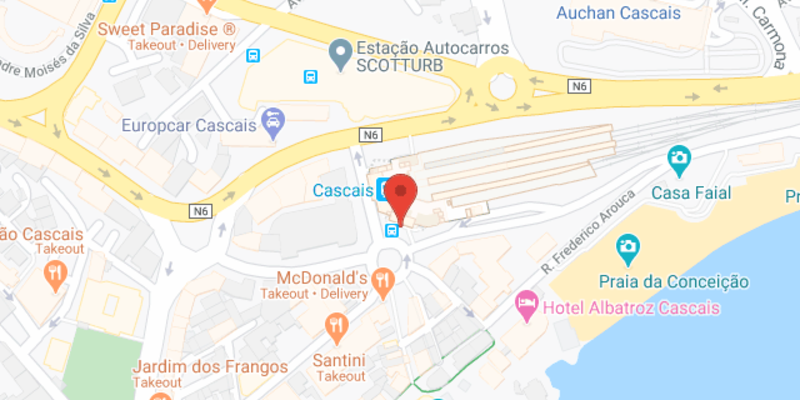 Free cancellation
If you will not be able to attend the tour, please cancel your booking, otherwise the guide will be waiting for you.
Free tours
Portugal
Free walking tours in Cascais
When do you want to go?
Sun
Mon
Tue
Wed
Thu
Fri
Sat
Show more

Others cities to visit after Cascais