Share on Twitter
Recommended
Based on travellers surveys. Only 2% of the best experiences in guruwalk receive this badge.
GuruWalk Original
Free tour
210 ratings
5.0

Hi there, I'm Max! I was created in Ukraine and forged in Rome. After 15 years spent in the Eternal City, its infinite curiosities still surprise me, and I'd love to share them with you. I am a Linguistic and Cultural Studies specialist formed at La Sapienza University, and I have decided to pursue my childhood passion after college: history. This passion led me to door-to-door research and participation to numerous training courses in Roman history, Paleochristian history and History of Arts which all taught me countless tales and legends about Rome. The better I knew this city, the more I wanted to show to the others its hidden beauties and reveal its untold stories. "When you really want something, all the universe conspires in helping you to achieve it", a wise man once said, and that is exactly what happened to me. In 2018, I finally had the chance to start working as a tour guide, and since that moment, I've seized every occasion to share my passion, and show the real Rome.

Italy has changed. But Rome is Rome.

Rome wasn’t built in a day, it was built to be Eternal. But who's responsible? Romulus, Cesar, the Pope? What's the secret behind the rise of the Eternal City? Where does its power lie?

Why so many churches and where’s the best pizza? How many fountains are there in Rome, and how many coins are tossed into the most beautiful of them? Why are the Egyptian obelisks everywhere, and who would have invented a basil-flavored gelato?

The questions about Rome and its heroes are infinite. There’s an answer to each of them but the clock is ticking.

Rome will exist as long as the Coliseum does;

When the Coliseum falls, so will Rome;

When Rome falls, so will the world.

Therefore, before all that happens we will need to find out the answer to the most important question of this experience: Who killed Caravaggio?

It’s when the exploration of a city turns into an investigation of a 400-year-old murder case.

Shoulders and knees must be covered to enter the churches. 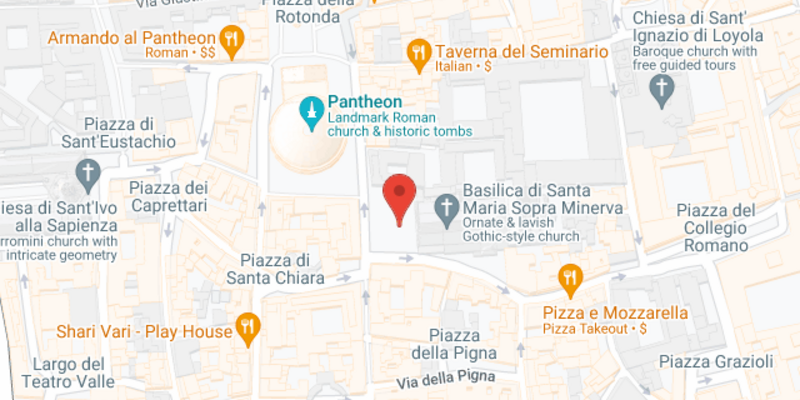 A MUST BOOK TOUR with MAX: Fun, Flexible and Passionate tour of Caravaggio’s life and work. One our last day in Rome, my partner reluctantly agreed to join me in this ...

Max was excellent, I loved the tour. He made my day ;)

Fabulous! Very in-depth knowledge presented in a fun, funny, warm and engaging manner. My mother and I simply adored this tour!! HIGHLY RECOMMEND.

Our first outing with GuruWalk, will not be the last! This is an excellent tour. We’ve been very disappointed with the quality of audio guides and historical plaques o...

A MUST BOOK TOUR with MAX: Fun, Flexible and Passionate tour of Caravaggio’s life and work. One our last day in Rome, my partner reluctantly agreed to join me in this tour. Let me pre phase by saying we are not art people. It was a cold and rainy day. And everything pointed to the tour not working out… until Max politely began the tour. He had all of the participants’ attentions with his tight storytelling and engaging jokes. Caravaggio was a wild man, and this tour is the wild card he deserves to be told by. With its refreshing approach to history to its very accessible entry to the art, do yourself a favor and book this tour.

Max was excellent, I loved the tour. He made my day ;)

Minimum of attendees
A minimum of 5 people is required for the tour.
Additional costs:
The tour does not require the payment of entrance fees or additional expenses.
Free cancellation
If you will not be able to attend the tour, please cancel your booking, otherwise the guide will be waiting for you.
Free tours
Italy
Free walking tours in Rome
When do you want to go?
Sun
Mon
Tue
Wed
Thu
Fri
Sat
Show more 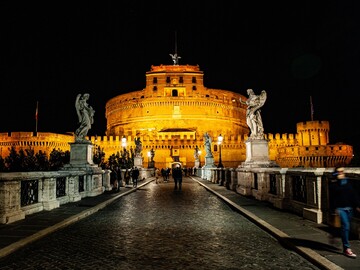