Free tour of Barcelona at war. Unique in the city!

Relive the history of Barcelona in its most convulsive stages with this guided tour in which we will discover how the city evolved to the sound of Si vis pacem, para bellum .

We will begin the tour in Plaza Nova, where we will contextualize the tour and the different periods through which we are going to pass. Each step we take will be a journey through time, which will transport us from the first century BC to the present day .

In the first place we will discover the arrival of the barbarians and Franks to the peninsula. How they entered Catalonia from France, and where we can see the remains of the city of Barcino .
Our guide will also tell you about the different types of Frankish and Roman soldiers.

We will continue walking until we reach Plaza del Rey , where we will talk about the Arab conquest and the subsequent siege of Almanzor. At this point there is an underground site , from which it has been possible to extract the information that shows evidence of Arab customs.

After a brief walk through the city that brings us closer to the coast, we will arrive at the Baluarte del Mediodía. There we will be able to observe the weapons and defense constructions created against the siege of the Bourbon troops in 1714.

Returning towards the center of the city, we will arrive at the Plaza de San Felipe Neri, where we will be able to observe the holes produced by the shrapnel from the fascist bombings during the Spanish Civil War. This will create a precedent to delve into the weapons issue and thus be able to talk about the type of weapons used by both sides.

Finally, we will go to Las Ramblas , where our guide will talk to us about current terrorism and the Isis attacks in Barcelona .

Without a doubt, it will be a route that will not leave you indifferent, book now at Arkeo Tour® ! 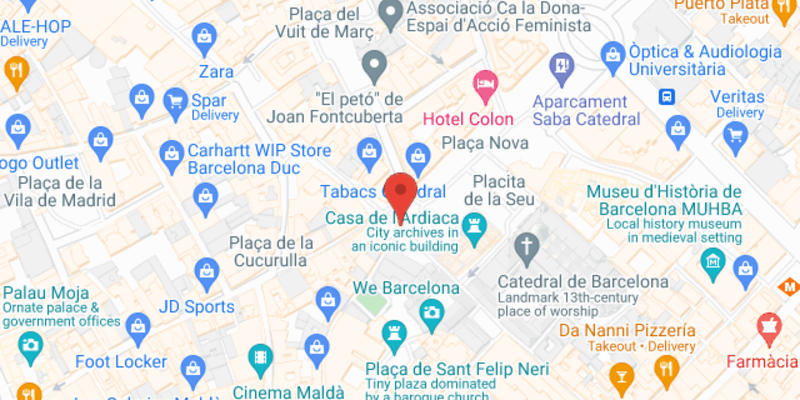