Guided tour of the cathedrals of Zaragoza

Zaragoza is the only city in the world that officially has two Catholic cathedrals , thanks to the 1675 bull of Pope Clement X, which tells us about the importance that our city had from a political and ecclesiastical point of view. But beyond that, both buildings are extraordinary for different reasons: either because of their size, their historical importance or the artistic works they house.

We first visit the Basilica del Pilar Cathedral, the largest Baroque-style church in the world , built over three centuries, which houses works by Damián Forment (author of the main altarpiece), Ventura Rodríguez (who made the Holy Chapel) , as well as the Bayéu brothers and Francisco de Goya (who painted the domes). Everything in this building is of enormous proportions, as is its close relationship with the people of Zaragoza and its role in the history of the city.

We then move on to the Salvador Cathedral, popularly called La Seo, built on the remains of the old main mosque of Saracusta, between the 12th and 18th centuries. It was the most important of the Crown of Aragon, since in it the kings were crowned with great ceremony. It incorporates elements of all artistic styles: Romanesque, Gothic, Mudejar, Renaissance, Baroque and Neoclassical. It houses the tombs of great archbishops and first-class artistic works, in addition to the Tapestry Museum, one of the best in the world of its kind.

During both visits we will discover relevant historical facts that happened in the cathedrals, but also many curiosities and some legends that contributed to forging the special character of both temples. 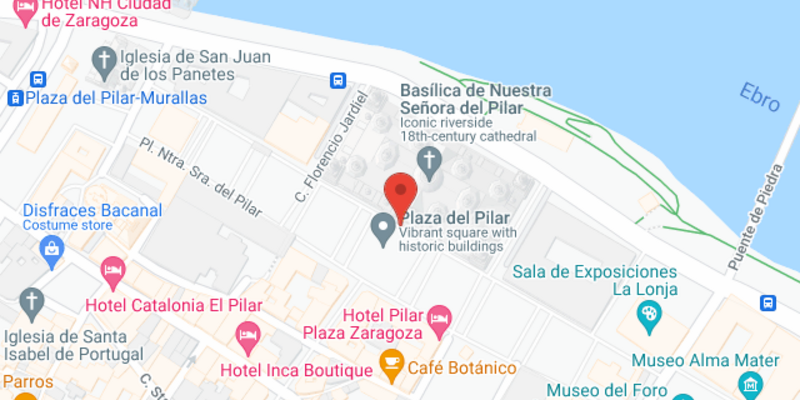 Accessibility
Suitable for people with reduced mobility.
Groups
Accepts reservations up to 20 people.
Pets
Not suitable for pets.

Minimum of attendees
There is no minimum number of people required for the tour.
Additional costs:
The tour requires the payment of entrance fees or additional expenses.
Free cancellation
If you will not be able to attend the tour, please cancel your booking, otherwise the guide will be waiting for you.
Free tours
Spain
Free walking tours in Zaragoza