Turn back the clock 2000 years and join us as we trace the journey of the City of London, from the arrival of Julius Caesar and its roots as a square mile trading village along the River Thames, all the way to becoming the financial capital of Europe, home to dozens of the quirkiest glass skyscrapers on Earth.

Along the way, you will hear stories of the Viking occupation, William the Conqueror's Norman Conquest, the construction of London's medieval fortress, the devastation of Great Fire, the destruction of the Blitz, captured perfectly by a bombed out church, and the resilience and bravery of the people who lived through it and so much more!

Nowhere else in London is the clash of ancient crumbling icons and trailblazing modern architecture so obvious, with huge skyscrapers and historic 12th century churches standing proudly, shoulder to shoulder.

How can one self-governing little square mile, with ancient laws created by its council and imposed by its police force, stand so separately from everything around it?
Tour Highlights include:​​​ 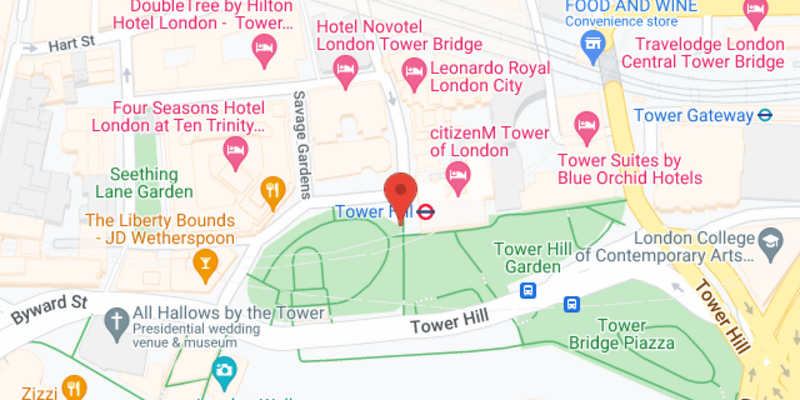 Mike 11 Dec 2022
Edinburgh
Verified booking
Travelled alone - Nov 2022
Found out some unknown little gems such as St Dunstan's ...and lots of extra little pieces of info I hadn't known before. Thank you :)

Grace 04 Dec 2022
Vienna
Verified booking
Travelled alone - Dec 2022
Jamie was a great guide who was clearly very knowledgeable and passionate about London. I highly recommend this tour to anyone new to London! It's a great way to better understand the city, rather than just taking photos of random buildings

Seamus 29 Nov 2022
Verified booking
Travelled in couple - Nov 2022
Alex was a delightful tour host. He was informative, humorous and efficient in taking us around about 10 historic landmarks in the City of London. I highly recommend.

I highly recommend this tour! It was fantastic

Minimum of attendees
There is no minimum number of people required for the tour.
Additional costs:
The tour does not require the payment of entrance fees or additional expenses.
Free cancellation
If you will not be able to attend the tour, please cancel your booking, otherwise the guide will be waiting for you.
Payment methods
Electronic or credit card payment is accepted.
Free tours
United Kingdom
Free walking tours in London
When do you want to go?
Sun
Mon
Tue
Wed
Thu
Fri
Sat
Show more