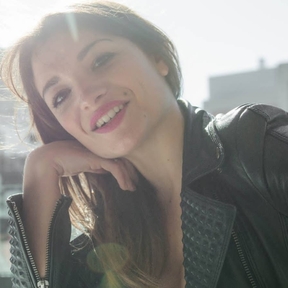 I am Luzia, a Spanish girl living and working in this crazy but highly addictive city.

Mi friend Miryam created this tour at the end of 2020 but she left Paris for new adventures in nearby Brussels and now it's me who carries the tour.

I am an actress, a theater director and a drama teacher among other things. I identify a lot with many of the awkward situations Emily has lived.

I will tell you the secrets of this incredible production and all the people involved such as the actors Lily Collins, Lucas Bravo or the creator of the series Darren Star.

Join with me on the most exciting tour in town where I will show you all the well known (and less known ) filming locations, as well as a little bit of art and history, to make the experience round.

Looking forward to sharing it with you!! 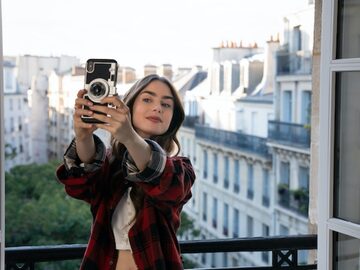 Magnifique visite ! The Emily in Paris tour was fantastic! Defiantly would do the tour again, my group enjoyed it. If you’re in Paris, you should plan on attending the walking tour, fun & the tour guide makes it extra exciting (to me it felt like I was in the show myself experiencing Paris life) ❤️🇫🇷🙂 Luzy, thank you for your time with this memorable walking tour of the Netflix show Emily in Paris !