My name is Ezekiel, they call me the "Tiger." I am from Rosario, Argentina, and I have been living in Genova for almost two years. I dedicate myself to Tango, I am a teacher, dancer, and DJ. In my free time I do tours. I am a history fan, and I love to show the city where I live. I love meeting people, chatting, and walking the Genoese streets telling their anecdotes.

In this Tour we will visit a wonderful and intriguing city, with one of the largest and best preserved historic centers in Europe.

In 1358 Francisco Petrarca would write about Genoa: "Vedrai una città regale, addossata ad una collina alpestre, superba per uomini e per mura, il cui solo aspetto la indica signora del mare".
"You will see a royal city, leaning on an alpine hill, proud for its men and for its walls, whose mere appearance indicates its lady of the sea."

From there he earned his nickname of Genoa, La Superba (The Superb)!

Starting from Piazza De Ferrari we will arrive and ascend to the Castelletto viewpoint, from where we will have one of the most beautiful views of the city.

We will go through the Strada Nuova and we will know "I Palazzi Dei Rolli", the first noble public hotel system in Europe, declared a World Heritage Site by UNESCO in 2006.

We will pass through the Palaces, Spinola, Ayrolo, Pallavicini, Lercari, Lomellini, Grimaldi, Della Meridiana, and through the famous Palazzos-Museos, Palazzo Tursi, Palazzo Bianco, and Palazzo Rosso. We will visit the old cathedral of Genoa, San Siro, and the current cathedral San Lorenzo.

The tour will continue through the Old Port with its great Galleon, the Museum of the Sea, the second largest Aquarium in Europe, the Bigo, and Caricamento Square with the Palazzo San Giorgio.

Matteotti Square with the imposing Ducale Palace and the "Gesú" Church, where we can see two works by the great Flemish painter Pedro Pablo Rúbens.

We will visit Porta Soprana, the Barbarossa Wall, the house of Christopher Columbus, we will learn more about Piazza de Ferrari, and we will end the tour in the heart of the Doria neighborhood, Piazza San Matteo.

And of course we will learn a little more about the Genoese, their customs, their way of being, their gastronomy. 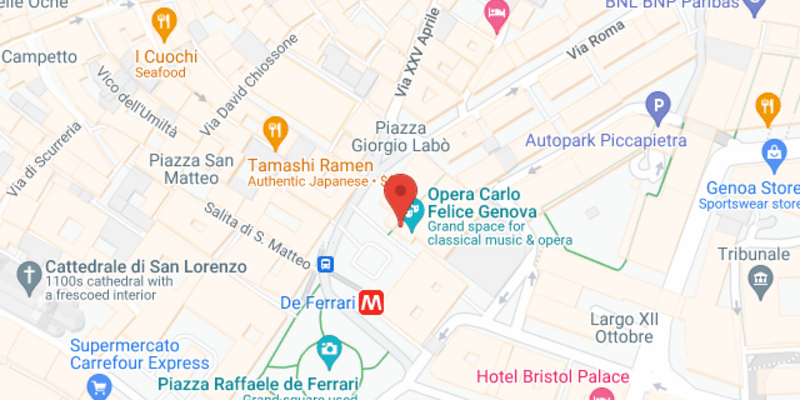 Stella 31 Oct 2022
Sydney
Verified booking
Travelled alone - Oct 2022
He is every knowledgeable and in 2 hours shows you some interesting city highlights.

He is every knowledgeable and in 2 hours shows you some interesting city highlights.

Minimum of attendees
A minimum of 4 people is required for the tour.
Additional costs:
The tour does not require the payment of entrance fees or additional expenses.
Free cancellation
If you will not be able to attend the tour, please cancel your booking, otherwise the guide will be waiting for you.
Free tours
Italy
Free walking tours in Genoa

Others cities to visit after Genoa