We are a group of tourist guides, accredited in Venice and Madrid, with extensive experience in the city, both historically and culturally, as well as in leisure and gastronomy. We will be delighted if you visit Venice or Madrid with us.

On this tour we are going to visit the oldest, and also unknown, part of Madrid. A city whose oldest remains date from pre-Roman times (8th-2nd centuries BC) to gain a certain political and military importance under the power of Al-Andalus (860 AD) thanks to Emir Muhammad I and to be Christianized in 1085 by the King Alfonso VI to become part of the Kingdom of León and later Castile. On this tour, therefore, we can distinguish very well the enormous cultural, artistic and architectural differences between Moors and Christians. We are going to delve into the birth of Madrid and what this city was like before it was converted into the Capital of Spain (1561) by Felipe II , going through its narrow and steep streets and the vestiges that still persist from medieval times. On this tour we will be accompanied by the memory of illustrious characters such as Isabella I of Castile (the Catholic), El Cid Campeador , the French King Francisco I, Alfonso X "El Sabio" or San Isidro himself, among others. There will be no shortage of cultural and gastronomic recommendations.

The places that we are going to visit in this tour are the following:

- CHURCH OF SAN PETER THE OLD 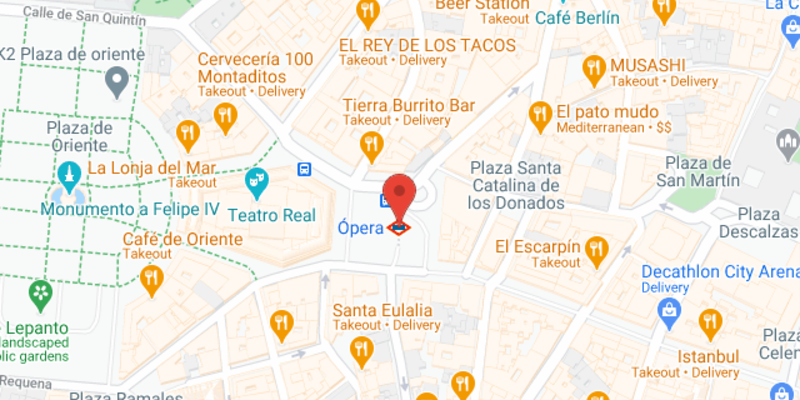 Minimum of attendees
There is no minimum number of people required for the tour.
Additional costs:
The tour does not require the payment of entrance fees or additional expenses.
Free cancellation
If you will not be able to attend the tour, please cancel your booking, otherwise the guide will be waiting for you.
Payment methods
Electronic or credit card payment is accepted.
Free tours
Spain
Free walking tours in Madrid
When do you want to go?
Sun
Mon
Tue
Wed
Thu
Fri
Sat
Show more