I am David Val, journalist and resident of the Carabanchel neighborhood (Madrid) for 15 years. I am in love with my neighborhood, its history and its magic. However, all the guided tours in Madrid are mainly in the center. For this reason, I have designed my first route through Carabanchel, which I have already made with several friends and they have loved it. And also, if all goes well, there will be more routes very soon!

In the 11th century, King Alfonso VI of Castile conquered Toledo and with it Madrid and all the surrounding villages, including Carabanchel. Years later, the crown ceded this small village to Count Pedro Manrique, whose heirs sold it for 100 maravedíes. In this purchase-sale contract the name of Carabanchel appears for the first time, although in the area where this route begins there are established settlements since at least the second century AD. On this route we will discover the origins of Carabanchel, as well as its neighbor most illustrious back in the eleventh century, a farmer named Isidro and one that surely all of you have heard of because centuries later he became the patron saint of Madrid. We will also delve into the hermitage of Santa María la Antigua, the oldest building in use in Madrid and the only Mozarabic church in the entire community, which is why it was declared an artistic monument of provincial interest in 1981. The small hermitage, formerly known as La Magdalena, It is located next to a large wasteland where the famous Carabanchel jail used to be, until it was demolished in 2008. In the 15th century, the hermitage was abandoned and the small town of Carabanchel was divided in two to found Carabanchel de Arriba and Carabanchel down. But what motivated that division? Those from Abajo occupied the area of the current municipal council, inaugurating the parish of San Sebastián Mártir in 1495. The tour of this visit ends in that square. But before arriving at the Plaza de Carabanchel, the old main square of the town, we will walk through the entire street of La Magdalena, current Monsignor Óscar Romero and that for several decades had the name of Cinco Rosas. Do you know why? On the walk I will tell you ... The population tended to grow towards the hermitage of La Antigua, which was recovered and rehabilitated in the 16th century. For this reason, in the kilometer that separates the hermitage from the parish there is a lot of history. There was a bullring there, also the famous La Mina fountain, which gives its name to the oldest football field in Madrid, that of RCD Carabanchel. In the vicinity of this street there was also the famous La Fosforera factory, economic engine of Carabanchel in the late nineteenth and early twentieth centuries, and three important centers were built, eventually converted into schools: Santa Rita (which was the first reformatory in Spain) , the Ntra. Sra. del Carmen-Nájera (school of nurses) and the Santa Cruz, which emerged as an asylum for people without resources. Finally, before reaching the main square, we will remember the Cine Imperio, later converted into a famous nightclub, and I will tell you the history of the Junta building, the old Carabanchel town hall. Also, if we arrive at good time, you can visit the parish of San Sebastián. After this we can have a drink in the historic La Plaza bar, where you can see old photos of the neighborhood. During the tour we will also see some houses that remain in the old town, as Carabanchel annexed Madrid (by obligation, I will tell you why) in 1948. If the visit is short and you want to walk a little more, we can go through the door of the old Santa Cruz school (today La Milagrosa), cross the Carabanchel park and end up in the Colonia de la Prensa, an interesting art deco neighborhood built at the beginning of the 20th century and of which there is still some other interesting palace. In that case, the route would last until 2 hours and would end at Siglo Futuro street. 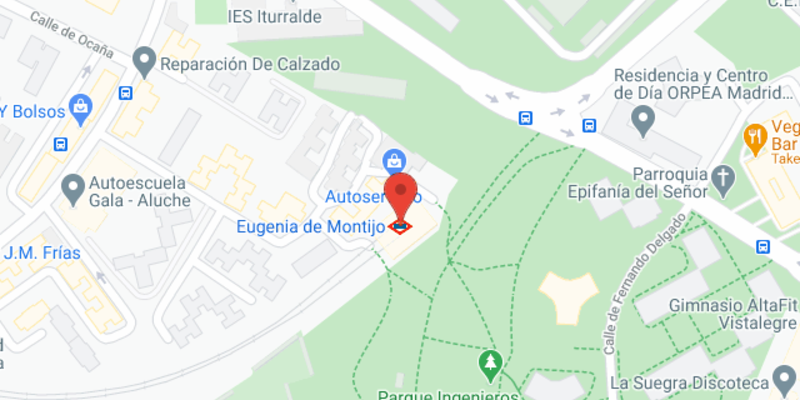