Hi there! You are reading these lines because you wish to visit and explore Vienna soon :) I LOVE THE WAY YOU THINK!!! My family and friends call me Mario. I've done many jobs in my life until I discovered the perfect one for me: the love of exploring the culture, legends, and stories from the past with people from all over the world while roaming through the charming streets, historical buildings, and world-class museums of the city to which I owe so much. Whether you're staying a week or just one day, there are plenty of reasons to fall in love with this town. You don't believe me? Be my guest, take a tour and get your feet wet! It is free! See you soon! Your Mario

GW Originals free walking tours are chosen by our staff among the best and are unique tours that you will only find on GuruWalk.

Welcome to Vienna, the cultural capital of Central Europe and home to almost two Million lucky inhabitants.
On this free walk downtown tour from a corner to the corner of the former Roman military camp Vindobona, the cradle of Vienna, we'll sail through more than 2,000 years of the city's history. Unfortunately, there is not much left to see from Roman times. This is because generations that followed the Romans recycled almost every stone for their buildings. However, a careful observer will not miss the traces of four centuries of Roman life in Vienna.
Our tour starts at the Schwedenplatz, a vivid traffic junction of the city center and, therefore, a meeting point for tourists and locals. Next, we'll walk through the Bermuda Triangle – Vienna's famous Party Mile that includes the town's oldest church and oldest synagogue.
Then we'll go to Hoher Markt – one of the oldest squares and therefore historical city center of trade and power as well as life and death with famous Ankeruhr (a musical clock), Römermuseum (Roman Museum) and fountain with the motif of the Marriage of the Virgin Mary and St. Joseph. Judenplatz – the center of one of the most prosperous Middle-Age Jewish communities in Europe with the Holocaust Memorial, Jewish Museum, and Lessing statue is our next goal.
Then follows Am Hof – where the first Duke of Austria Heinrich II., and his wife Theodora, a byzantine princess, built the palace with a knight's tournament court.
Finally, after a little bit more than two hours, our walking tour ends at Stephanplatz, the very center of the city.

I'm looking forward to walking and talking with you!
Your Mario 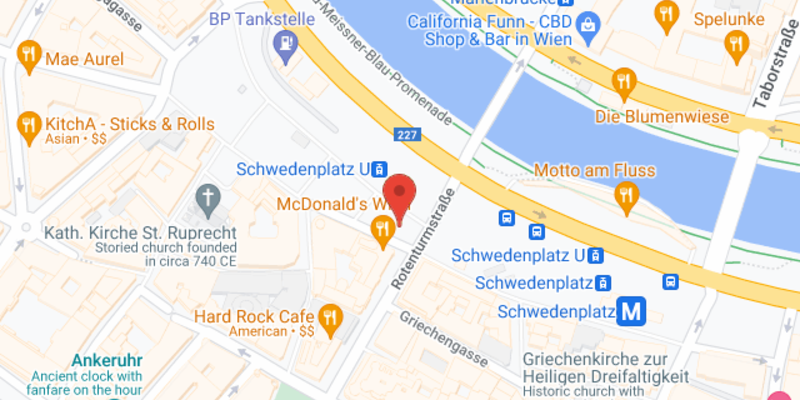 Perla 09 Dec 2022
Mexico City
Verified booking
Travelled in group - Dec 2022
Thank you Mario, the tour was great and his explanations were quite clear and concise.

Iulia 08 Dec 2022
Vienna
Verified booking
Travelled in couple - Dec 2022
Mario was absolutely brilliant. He was extremely knowledgeable about the ancient history of Vienna, presented us interesting facts and hidden Roman gems. Needless to say he is very friendly and professional. Highly recommend his tour!

Beatriz 05 Dec 2022
Zaragoza
Verified booking
Travelled alone - Dec 2022
Mario is a great professional. I was running late because I was coming into Vienna from Bratislava and my bus had been delayed, and Mario replied to me with an updated location of where they were, which I really appreciated. He's very enthusiastic about the tour and the history of the place. I love it.
Show 84 reviews

Small group, but friendly and well managed.knowledgeable and informative. Fun and pleasant experience.

Thank you Mario, the tour was great and his explanations were quite clear and concise.

Mario was absolutely brilliant. He was extremely knowledgeable about the ancient history of Vienna, presented us interesting facts and hidden Roman gems. Needless to say he is very friendly and professional. Highly recommend his tour!

Amazing tour!!! Nice history, Mario knows a lot and he is kind

Minimum of attendees
A minimum of 4 people is required for the tour.
Additional costs:
The tour does not require the payment of entrance fees or additional expenses.
Free cancellation
If you will not be able to attend the tour, please cancel your booking, otherwise the guide will be waiting for you.
Free tours
Austria
Free walking tours in Vienna
When do you want to go?
Sun
Mon
Tue
Wed
Thu
Fri
Sat
Show more

Others cities to visit after Vienna