Free Tour through the Jewish Quarter and Krakow Ghetto

Did you know that many of the scenes in the award-winning film Schindler's List were filmed in Krakow?

Yes it is! We will walk through the streets of the Jewish Quarter of Krakow, which in 1993 was the filming location for this great film that left us speechless with the story of Óscar Schindlert.

I wouldn't miss it!!

On this tour we will walk through the most emblematic places of the Jewish Quarter of Kazimierz and the Krakow Ghetto.

It will be the perfect opportunity to immerse ourselves in the history of the Jewish community in the city and the nightmare to which they were subjected by the Nazis during World War II.

It will be a pleasure to accompany you on this tour and give you the keys to the historical events that took place in these streets dotted with history in every corner.

A tour that will not leave you indifferent! 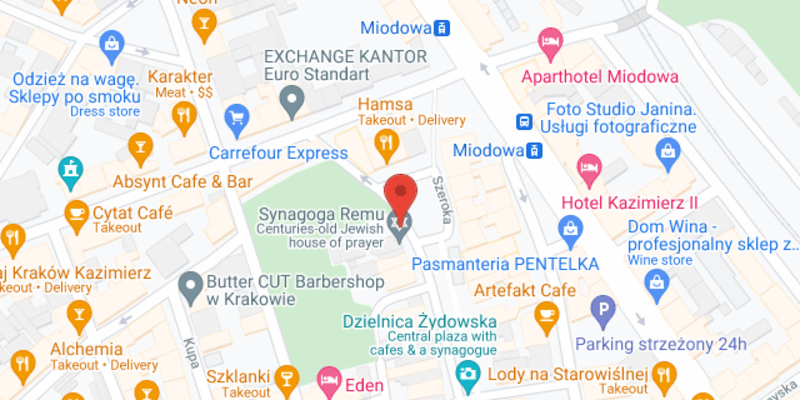 Minimum of attendees
A minimum of 5 people is required for the tour.
Additional costs:
The tour does not require the payment of entrance fees or additional expenses.
Free cancellation
If you will not be able to attend the tour, please cancel your booking, otherwise the guide will be waiting for you.
Free tours
Poland
Free walking tours in Kraków
When do you want to go?
Sun
Mon
Tue
Wed
Thu
Fri
Sat
Show more 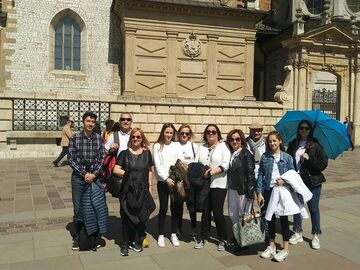