The best of Dubrovnik in a free walking tour by local

I am a local who loves Dubrovnik and would not trade it for all the gold in the world. I studied Tourism and Foreign Trade in Dubrovnik and I am a member of Tourist guide Association.Let me show you the best of Dubrovnik. Let us together try "Bruštulani mjenduli" or in English Almond in sugar-the best local sweet for me. However, for the wine lovers, Croatia offers special variety of unique grapes, such as Dingač. Looking forward to take you into a nice journey around the curiosities and beauties of my home town Dubrovnik!

If you want to find out how Dubrovnik gain title Tiger of Medieval Mediterranean, why it is called pearl of Adriatic , how Dubrovnik gained "7 bandiere" or 7 flags protectorate, or just to found out how local can show you the best of his hometown join me on this tour.

It is quite hard to put only in one sentence what makes Dubrovnik so beautiful; architecture, ancient city walls that protected a civilized sophisticated republic for centuries, museums, people, cuisine, world class wines or Dubrovnik festivals?

Dubrovnik was quite unique in medieval times as it managed with highly skilled diplomacy to preserve its freedom thanks to people of Dubrovnik(Ragusans) who were wise enough to balance between most powerful forces without engaging in wars. Ragusans set high standards for their Republic of Ragusa and managed to put it among most developed countries.

How did they managed to do so i will explain during this tour, as well as tourist hot spots, we will pass through Pile Gate to Stradun (the main street)go near St. Saviour Church, Onofrio’s Fountains,Orthodox church, city Library, Gundulic square,The Cathedral, Rector’s Palace, Sponza Palace, Church of St. Blaise, Orlando’s Column,City bell tower ...

The pulse of the city can be felt walking down the streets of Dubrovnik old town, it is mixture of history, architecture, beautiful sights and Mediterranean cuisine and I am looking forward to show you my hometown with huge heart. 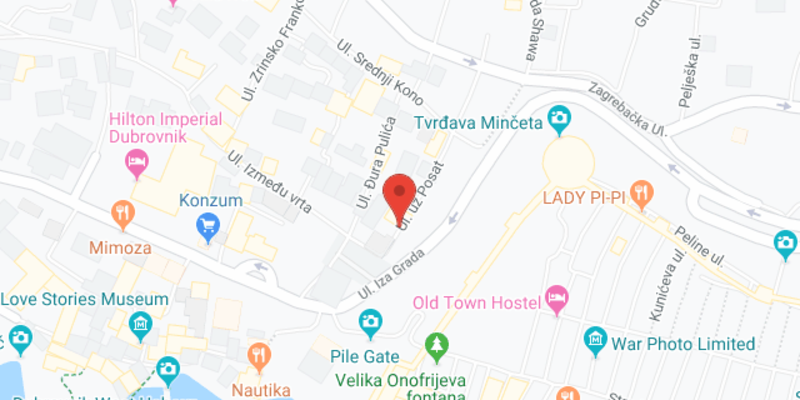 Minimum of attendees
There is no minimum number of people required for the tour.
Additional costs:
The tour does not require the payment of entrance fees or additional expenses.
Free cancellation
If you will not be able to attend the tour, please cancel your booking, otherwise the guide will be waiting for you.
Free tours
Croatia
Free walking tours in Dubrovnik
When do you want to go?
Sun
Mon
Tue
Wed
Thu
Fri
Sat
Show more

Others cities to visit after Dubrovnik