Free Tour of Legends and Mysteries of Cuenca

With Tempus Cuenca you will discover all the secrets of the wonderful city of Cuenca, as well as its province. We are professional guides and tourism officials, as well as experts in the environment, so you can enjoy a wonderful day with us without leaving anything to discover. Get to know Cuenca, date Cuenca!

The ideal route for lovers of mystery and legend. Get ready to get to know Cuenca like never before, with a guided tour in the light of the moon, while the most famous stories and legends of the city are told, some of them with a royal base. We will start in the Anteplaza, in the mosaic that represents the Cuenca coat of arms, right next to the Tourism Information Office, in front of the City Hall. From here, we will go up to the Plaza de Mangana, to see its tower and a history marked by the witchcraft psychosis of the seventeenth century that took place in Cuenca. We will retrace our steps to go to the Plaza Mayor, and we will continue through an alley to learn about the famous skyscrapers of San Martín and Santa Catalina, the Hanging Houses and the legend of the Casa de la Sirena. Once this is done, we will head towards the Cathedral, where we will meet one of the prophecies of the famous French astrologer Michel de Notrédame, Nostradamus, closely related to Cuenca and its famous temple. We will continue walking towards the highest part of the city through Ronda del Huécar or Julián Romero street and we will continue going up to discover the mystery that houses one of the first Christian churches in Cuenca, the church of San Pedro, and from there we will cross to the Hoz del Júcar. As we descend along the path of the sickle, we will know the scene from which the Holy Inquisition knocked down the poor victims who fell into its clutches, to finish the route in a beautiful and mysterious place like few others: the hermitage of the Virgen de las Angustias , and we will end with the most famous story of the city: the legend of the Devil's Cross. 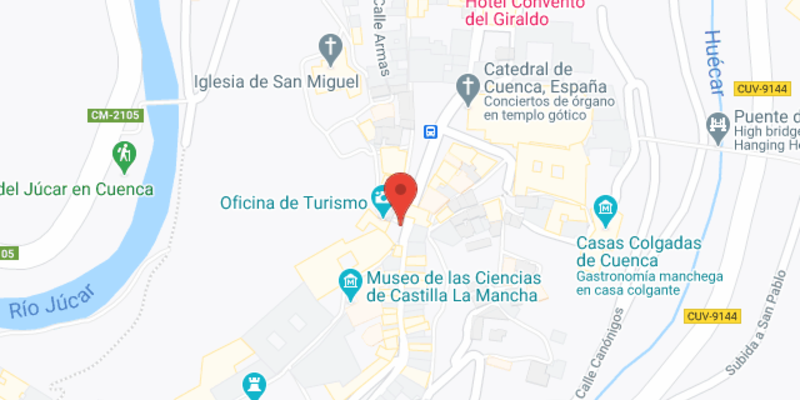 Free cancellation
If you will not be able to attend the tour, please cancel your booking, otherwise the guide will be waiting for you.
Free tours
Spain
Free Walking Tours Cuenca, Spain
When do you want to go?
Sun
Mon
Tue
Wed
Thu
Fri
Sat
Show more 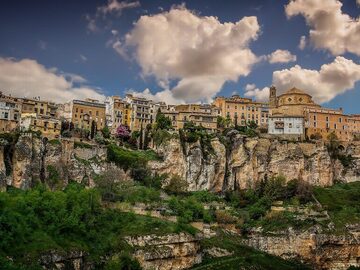 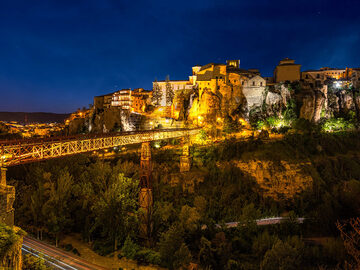