Santa Cruz de Tenerife, a city full of life!
Come with us to discover the capital of Tenerife! We will take you to the most hidden part of its history, we will show you its most emblematic places and we will discover all its secrets. Did you know that Santa Cruz de Tenerife has only been the capital of the island since 1883? And what before its conquest and colonization, the Guanche stage dates back more than 2000 years? You can't miss this! Our meeting point will be in Plaza España, in front of the big sign, icon of the city. Did you know that under this square are the remains of the Castillo de San Cristóbal, one of the first fortifications on the island of Tenerife, built in 1575? We will admire beautiful squares full of history such as La Candelaria, or emblematic neighborhoods such as La Concepción, where colonial taste merges with the modernity of the city. And, of course, we cannot miss the beautiful building of the Mercado de Nuestra Señora de África. On this tour you will discover the primitive way of life of the Guanche population and all the flavor of a modern, dynamic and vibrant city. Register now! You will end up coming back.

Only groups of up to 6 people are allowed in this activity. If you are 7 or more people, you will be asked for a payment per person in advance to join the visit 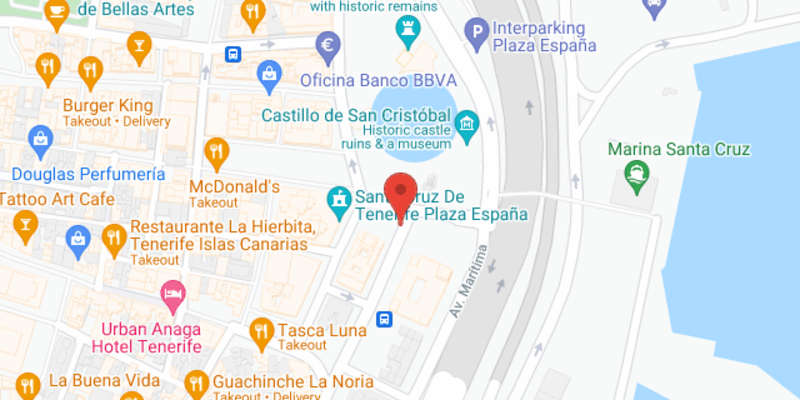 Free cancellation
If you will not be able to attend the tour, please cancel your booking, otherwise the guide will be waiting for you.
Free tours
Spain
Free walking tours in Tenerife
When do you want to go?
Sun
Mon
Tue
Wed
Thu
Fri
Sat
Show more