Free tour in Úbeda: Get to know the main monuments of the city. The most complete tour with official guides!

Join us on this wonderful guided tour of Úbeda, a World Heritage City since 2003.

Our guides will begin their tour next to the Church of the Holy Trinity.

Later we will arrive at the Plaza de Andalucía, the nerve center of the city.

We will continue our way towards the Barrio de San Lorenzo, where we can admire the Church of Santo Domingo and the House of the Moon and the Sun. Losing ourselves in this network of narrow streets, we will arrive at the Torreón del Portillo del Santo Cristo.

Later we will arrive at the Casa de las Torres, where its stones will tell us the legend of the Sandwich.

After walking next to the Church of San Lorenzo and the Puerta de Granada, we will reach Plaza Vázquez de Molina, where, almost without leaving the site, we will be able to learn about the history of the most emblematic buildings in the city of Úbeda: such as the Palace de Vázquez de Molina, the Basilica of Santa María or the Chapel of El Salvador.

Finally, we will go to the Barrio de San Pablo, where the first public fountain in Úbeda is still preserved, the old Town Hall and the Church of San Pablo itself, next to which we will end our tour. 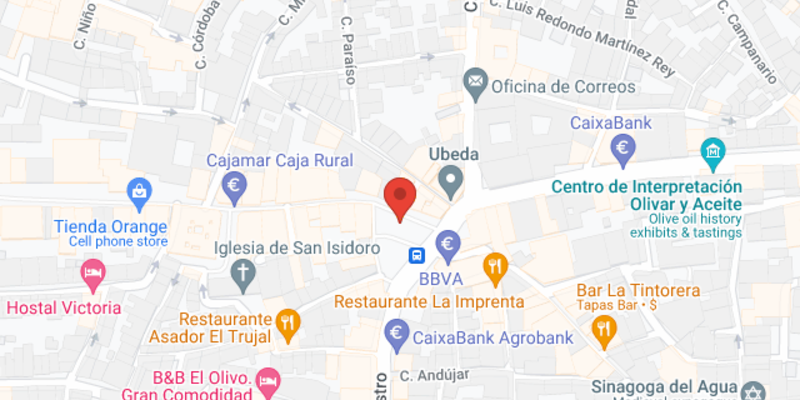 Free cancellation
If you will not be able to attend the tour, please cancel your booking, otherwise the guide will be waiting for you.
Free tours
Spain
Free walking tours in Úbeda
When do you want to go?
Sun
Mon
Tue
Wed
Thu
Fri
Sat
Show more