Recommended
Based on travellers surveys. Only 2% of the best experiences in guruwalk receive this badge.
Free tour
2423 ratings
4.9

We are a group of PROFESSIONAL GUIDES in love with Barcelona. We like to show it to you, so that you too will fall in love with these wonderful place.

😃 People like you have chosen us as the best Gaudí Tour in town!

Immerse yourself in the fantastic world of Antoni Gaudí in the heart of Barcelona with this free walking tour that will take you to discover some of the most incredible modernist buildings in the world.

We will visit the famous Casa Batlló and La Pedrera, two of the most iconic works of Gaudí as well as some other Modernismo buildings along Paseo de Gràcia, discovering its secrets and some of the most amazing spots in the city.

The tour will end at Sagrada Familia the most impressive artwork of Antoni Gaudí.

**IMPORTANT**
°People like you have chosen this as the best Gaudí & modernism tour in the city! Reserve your spot as soon as you can as we have limited places! 😍😱

° Make sure you're with the right guide, look for the PINK umbrella.
°A metro ticket may be needed to go from la Pedrera to Sagrada Familia.

What are you waiting for? Come and join us!

°If you're a group of more than 6 persons even in different bookings you will need to pay a minimum of 10€ per person before the tour starts. 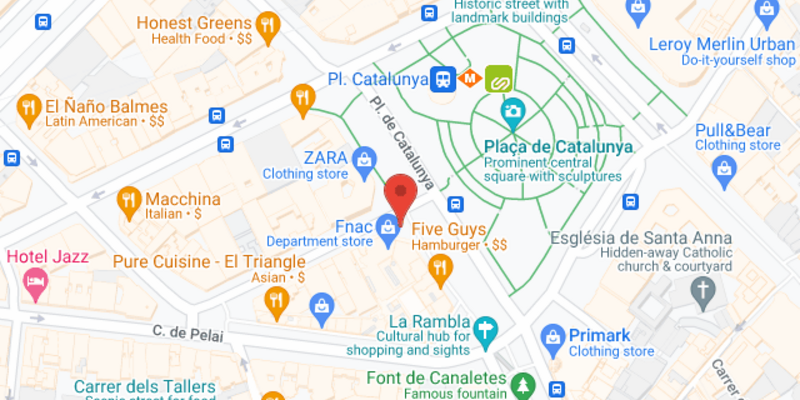 Giada 03 Feb 2023
Lecco
Verified booking
Travelled alone - Feb 2023
Our tour guide, Claire, was absolutely amazing. She is very knowledgeable, funny, and friendly. She provided great info at each site, answered our questions, and was open to give recommandation about places to visit in the city.
Show 2423 reviews

Thank you for an amazing tour😁

Minimum of attendees
There is no minimum number of people required for the tour.
Additional costs:
The tour requires the payment of entrance fees or additional expenses.
Free cancellation
If you will not be able to attend the tour, please cancel your booking, otherwise the guide will be waiting for you.
Payment methods
Electronic or credit card payment is accepted.
Free tours
Spain
Free walking tours in Barcelona
When do you want to go?
Sun
Mon
Tue
Wed
Thu
Fri
Sat
Show more