Hi! I’am a passionate “globetrotteure” who travelled around the world and worked for many years guiding French, English, Spanish travellers around Canada. I am a professional licensed guide of Montreal and I can give you the inside “scoop”of the city, from history, cuisine, architecture and more.

Montreal's Golden Square Mile is the nostalgic name given to this urban neighborhood between 1850 and 1930 at the foot of Mount-Royal in the west-central part of downtown Montreal. We will start our tour from Dorchester Square, right in the heart of downtown Montreal. We will discover the history that made Montreal the metropolis of Canada , in particular the CN and CP railroads and the Catholic Cathedral, Mary Queen of the World, surrounded by important skyscrapers. We will pass by the exclusive "Les Cours Mont-Royal " connected to Montreal's famous 33-kilometer underground pedestrian network. We will continue to McGill University , one of the oldest and most prestigious universities in Canada. We will discover its famous students and professors as we walk through its beautiful campus that houses the Redpath Museum. We will hike up the slopes of Mount Royal, where beautiful mansions built by self- built Scottish men dominate the city. We will finish our tour on Sherbrooke Street in the "Museum Quarter" , with numerous art galleries and the Montreal Museum of Fine Arts , whose rich collections make it the most visited museum in Quebec. Stops included in the tour: Dorchester Square starting point of the tour) Cathedral of Mary Queen of the world Les Cours Mont-Royal McGill University and its campus Redpath Museum Mount Royal and its mansions Sherbrooke Street Montreal Museum of Fine Arts I welcome you to the golden age of "The Golden Square Mile"! 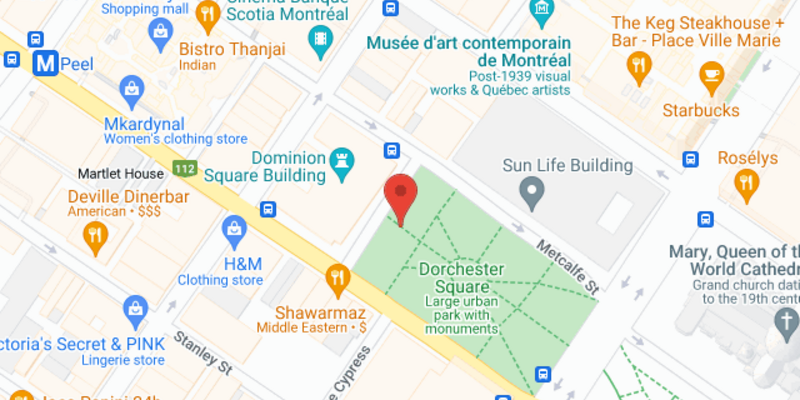 Helene is super nice!!! She knows everything about Montreal and her history! She even knows where to go to find the best places to have the best experience! For an Old...

Helene is super nice!!! She knows everything about Montreal and her history! She even knows where to go to find the best places to have the best experience! For an Old Port Tour, she is the one you have to have.

Free cancellation
If you will not be able to attend the tour, please cancel your booking, otherwise the guide will be waiting for you.
Free tours
Canada
Free walking tours in Montreal
When do you want to go?
Sun
Mon
Tue
Wed
Thu
Fri
Sat
Show more 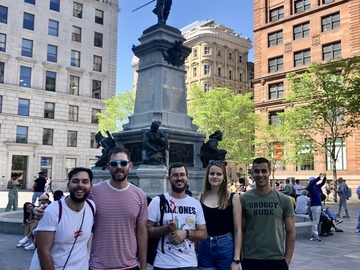 Others cities to visit after Montreal