Unlike the rest of the tours in this area, we are going to visit two neighborhoods instead of just one. They are 2 of the most authentic and charming neighborhoods in Paris. We will take a chronological journey back in time, in the 19th century, when both districts developed. You will love this visit

We will start with the 9th arrondissement of Pigalle , in Place Saint Georges , to discover the history of a neighborhood that reached its maximum splendor with the romantic artists. In this square we will see the beautiful Paiva Palace , one of the most famous courtesans of the time, the Gavarni Monument and the Dosne-Thiers Palace . We will go to the street where the famous Le Chat Noir cabaret opened and where the beautiful building that housed a Maison Close (brothel) is located. We will tour the Boulevard de Clichy to see the Pigalle baths and the Moulin Rouge.
we will start the ascent to Montmartre , 18th arrondissement , via rue Lepic , one of the most famous streets in the neighborhood to see the cafe where the film Amelie was shot . We will visit the beautiful Place des Abbesses to see the Wall of Love, the Saint Jean church and the beautiful metro exit. We will see the Bateau-Lavoir residence, where Picasso lived among many other artists, the Moulin de la Galette and the statue of the martyr Saint Denis and thus learn about its history. We will pass through the square and the house where the famous French singer Delilah lived, and we will cross the charming Place de Tertre, square of the painters, we will see the Church of Saint Pierre, the second oldest in Paris, and we will finish in the Sacre Coeur Basilica .

With this tour I intend to transmit my knowledge and my love for these two bohemian neighborhoods full of magic, so that you know their history, their secrets and anecdotes. 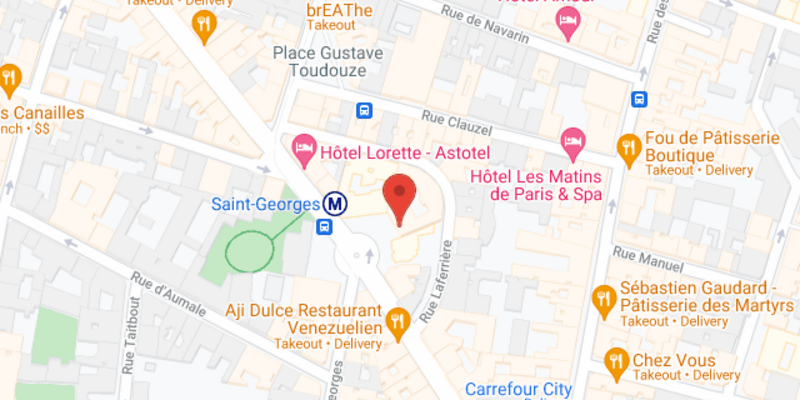 Minimum of attendees
A minimum of 4 people is required for the tour.
Additional costs:
The tour does not require the payment of entrance fees or additional expenses.
Free cancellation
If you will not be able to attend the tour, please cancel your booking, otherwise the guide will be waiting for you.
Free tours
France
Free walking tours in Paris
When do you want to go?
Sun
Mon
Tue
Wed
Thu
Fri
Sat
Show more