The hidden history of the Third Reich: esotericism and chemistry

Welcome to Berlin. I'm Seku (Sonia) and discovering places and stories is my passion. My earliest memories of the internet (yes, I'm a millennial) were spent researching blogs, communication, history, entertainment and philosophy. It didn't take me long to start tinkering with Google Earth and little by little I was introduced to the world of travel and itineraries. All the tours you find in my list (except the Sachsenhausen memorial tour) are created by me exclusively, with my project to make Berlin known as "UnGatoConPasaporte" where I want to free tours from schedules. Do not hesitate to contact me for any question I can help you with.

Have you ever wondered how the Nazi party was able to gain so many followers ?
The propaganda and morality imposed by a party that unites all the ill-healed wounds in German history causes Adolf Hitler to spread his anti-Semitism (among others) with lightning speed.
This tour is like no other. Well, at UnGatoConPasaporte we tell you the hidden story .
Did you know that Berlin was the world capital project of Hitler's delusions?
From tunnels that wanted to retain road and rail traffic to leave an avenue "Unter den Linden" free for the passage of troops to the old chancellery : a whole engineering work that was never finished due to the arrival of the war but that gives us clues to understand the unique location of your bunker.
Germany is considered to have been the initiator country of both the chemical and pharmaceutical industry to this day. But also at the level of the narcotics industry. Many of them were developed during the third reich and administered to soldiers, who had to face the "blitzkrieg wars" or stay for days in submarines .

At the end of the tour we will share the theories of the possible flight of officers and senior SS officials who end up fitting all the concepts about the development of technology and the other aforementioned industries.
In addition, especially with the growing interest in esotericism and pagan religions , we will see how the National Socialist Party manipulated them as a basis to continue perpetuating a dictatorial and abusive system.
We will see among others:
- Hauptbahnhof central station (meeting at the Washingtonplatz exit)
- Regierungsviertel and surroundings (a perfect place to take photos)
- Reichstag (German Parliament)
- Old bunker and chancery
- Former Luftwaffe (Air Ministry)
- Topography of terror (end of tour) 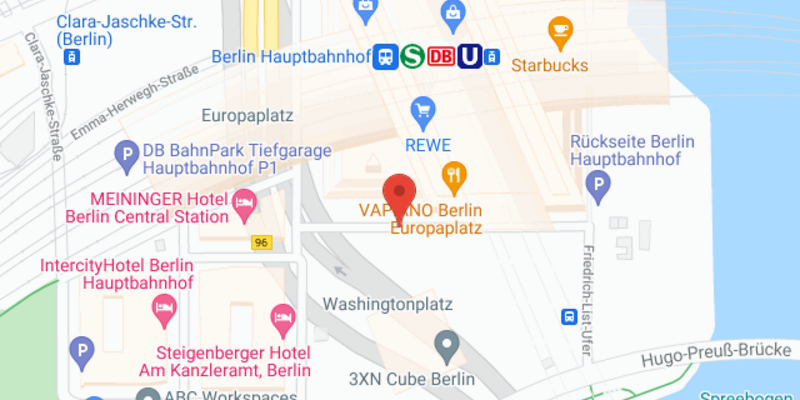 Gregory 24 Sep 2022
Charleston
Verified booking
Travelled in couple - Sep 2022
Our guide failed to show up and failed to respond to any of the four messages I sent him. I wasted part of my afternoon for this walk. I’ve used Google walk before and I’ve never had this problem.
Show 2 reviews

Our guide failed to show up and failed to respond to any of the four messages I sent him. I wasted part of my afternoon for this walk. I’ve used Google walk before and I’ve never had this problem.

Minimum of attendees
A minimum of 4 people is required for the tour.
Additional costs:
The tour does not require the payment of entrance fees or additional expenses.
Free cancellation
If you will not be able to attend the tour, please cancel your booking, otherwise the guide will be waiting for you.
Free tours
Germany
Free walking tours in Berlin

Others cities to visit after Berlin