Hello, I am Alikhan and an independent Spanish-speaking guide throughout Uzbekistan. I have worked in the tourism area for several years and I have always noticed that guests are sometimes interested in non-tourist places and I always try to focus on this. Tourism is a hobby for me, because the best job is your favorite hobby. If you are going to travel to Uzbekistan or other Central Asian countries and you have any questions, do not hesitate to contact me and ask me at any time. Perceive me as a traveler who knows the country well. And remember, Beauty is in the eye of the beholder.

Start  from Gur Emir Mausoleum.
Description:
- Gur Emir Mausoleum. A medieval mausoleum whose interior decoration is gilded and was built for the great Tamerlane and his male descendants.
- Registan. - visit card not only of the city or Uzbekistan but also of the entire middle East. The complex that is "the cherry on the cake" of your visit to Uzbekistan
- Bibi Khanym Mosque. The largest mosque in Central Asia including Iran. It was built by Tamerlane's beloved wife in honor of the victory over India.
- Central Bazaar Siyab - Oriental Bazaar with spices, fresh and dry fruits and of course the famous Samarkand bread.
- Hazrat Khizr Mosque. The first mosque of Samarkand where the first President of the Republic was buried.
- Shah-i-Zinda. The complex consists of about 20 mausoleums. Female tomb of Tamerlan's family. Most importantly, the only place in Central Asia where was buried a family relative person of the prophet .
End of the tour. 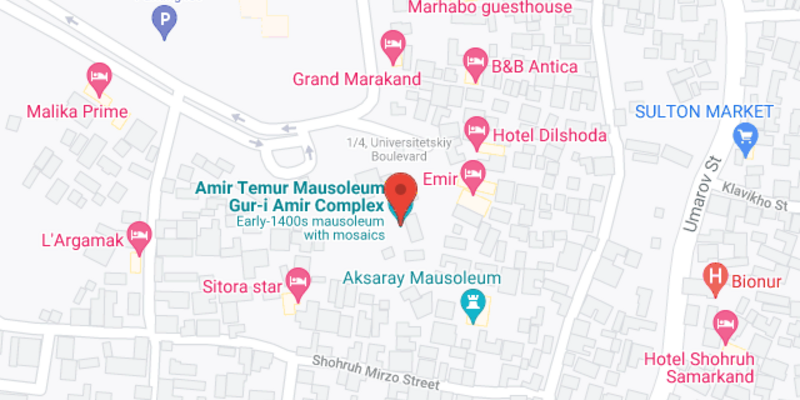 Reuben 04 Oct 2022
Verified booking
Travelled alone - Oct 2022
Ekaterina was excellent. Clear information on Samarkand and wider Uzbekistan including history, traditions and legends. Happy to answer questions on any topic. Worth noting that the meeting point is also called "Amir Temur" on Google maps.

Ekaterina was fantastic!! Knowledgeable on Samarkand’s history, social aspects. Her Spanish was outstanding. Kind, friendly. We really endorse her to anyone visiting Samarcanda

Ekaterina was excellent. Clear information on Samarkand and wider Uzbekistan including history, traditions and legends. Happy to answer questions on any topic. Worth noting that the meeting point is also called "Amir Temur" on Google maps.

Minimum of attendees
There is no minimum number of people required for the tour.
Additional costs:
The tour requires the payment of entrance fees or additional expenses.
Free cancellation
If you will not be able to attend the tour, please cancel your booking, otherwise the guide will be waiting for you.
Free tours
Uzbekistan
Free walking tours in Samarkand
When do you want to go?
Sun
Mon
Tue
Wed
Thu
Fri
Sat
Show more 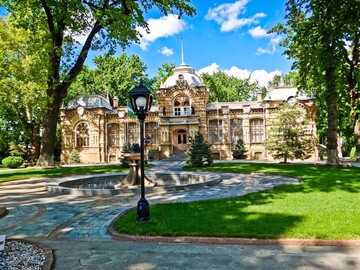 Others cities to visit after Samarkand