History, Myths and Legends of Zaragoza and Aragon.

Hi, I'm Félix, graduated in Art History from the University of Zaragoza. I've walked the city since my childhood, so I know every nook and cranny. Some time ago I began to make tours of its historic center, in which I combine my knowledge of the city with the artistic knowledge resulting from my studies, which makes them enjoyable and interesting.

Then join me on this 2-hour tour in which you will be terrified and marvel at the history of the city.

You will learn the story of San Pedro Arbués, a saint who was not such, or Uncle Candiola, a traitor who tormented the city even after his death. You will be fascinated when you discover that elves exist, and that they are anything but charming. You will be fascinated by the stubbornness of the people of Zaragoza, which led us to carry out the first uprising against the Austrian monarchy and defeat the most powerful army in the world. You will see churches burned for the greater good, and you will be stunned to hear the true story of Saint George and the Dragon. We will walk together to the Pilar, and there you will learn the story of the Virgin and the miracles that made her so beloved among the people of Zaragoza. We will cross the stone bridge, the oldest in the city, and we will stand next to a well in the Ebro that hides hundreds of corpses and that according to legend communicates directly with the Mediterranean. We will pass under an arch built by the devil and we will lose our soul... All this and more in a tour that surely will not leave you indifferent. 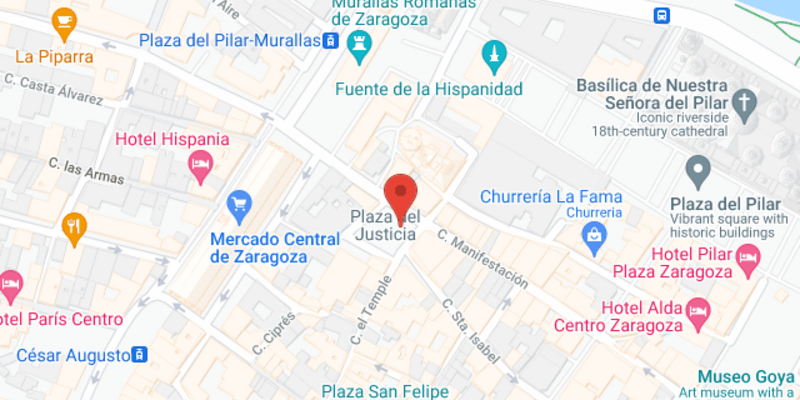 Minimum of attendees
There is no minimum number of people required for the tour.
Additional costs:
The tour does not require the payment of entrance fees or additional expenses.
Free cancellation
If you will not be able to attend the tour, please cancel your booking, otherwise the guide will be waiting for you.
Free tours
Spain
Free walking tours in Zaragoza
When do you want to go?
Sun
Mon
Tue
Wed
Thu
Fri
Sat
Show more