Visit of the Historic Center of Zaragoza with Javier

A pleasant tour of the historic center of Zaragoza, a city that has been in existence for more than 2,000 years, since it was founded by Emperor César Augusto. Throughout the centuries it was always one of the most important and prosperous cities in the Iberian Peninsula, and was even the capital of two independent kingdoms. It was governed by the sultans of Zaragoza and by the kings of Aragon, who installed their royal court here in 1118.

During the visit we will visit the most interesting and charming streets and squares of the city , where we will pass by several churches, including the two cathedrals (the only one in the world): the Salvador Cathedral (popularly La Seo) and the Pilar Basilica Cathedral. . We will also find rich aristocratic palaces from the 16th and 17th centuries, and we will even see the inner courtyard of one of them.

On the walk we will see the remains of the Roman Theater of Caesaraugusta , as well as the ancient Roman arteries, the cardus and the decumanus. We will let ourselves be surprised by magnificent jewels of Mudejar art and we will pass through elegant streets full of modernist buildings from the 19th century, or through intricate alleys with typical taverns and tapas bars.

The tour will start at the statue of Emperor Caesar Augustus , next to the Roman walls.
Successively we will know: 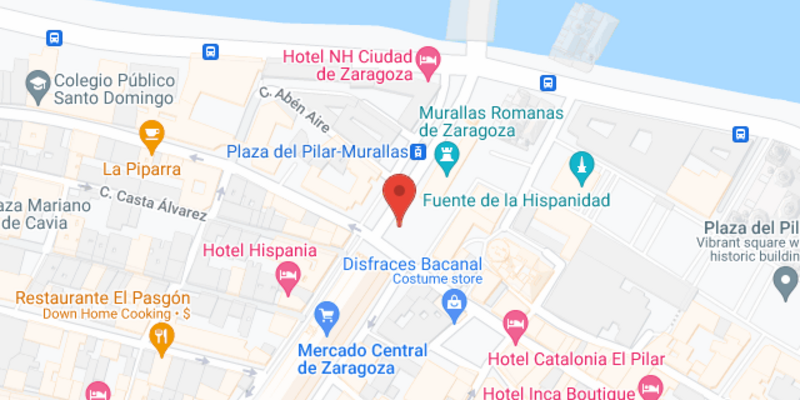 Minimum of attendees
There is no minimum number of people required for the tour.
Additional costs:
The tour does not require the payment of entrance fees or additional expenses.
Free cancellation
If you will not be able to attend the tour, please cancel your booking, otherwise the guide will be waiting for you.
Free tours
Spain
Free walking tours in Zaragoza