On this visit we will get to know all the most important places and neighborhoods of this Renaissance jewel. I will tell you the history of Úbeda as we all like it: Those gossip and historical gossip that ran through the streets of the city, back in the 16th century, with "celebrities of the time" that loaded the city with scandals, such as the famous Beltraneja, or the excessive ambition of the secretary of Carlos V (Francisco de los Cobos), without forgetting the audacity that our beloved maiden from Ubet, María de Molina, had with King Louis XIV of France. We will also mention that scandal involving a neighbor from the San Lorenzo neighborhood and that CIA agent who came to the city to live in the 1960s, or Andrés de Vandelvira and his anarchic architecture in the Vázquez de Molina palace in the midst of the Renaissance! go crazy! But it is that the fuss that was mounted with the body of San Juan de la Cruz is already to be astonished.

If you are a curious person, and you like history and architecture, this is your free tour.

Our visit will begin in the Church of the Trinity, and will end in the Plaza Primero de Mayo. 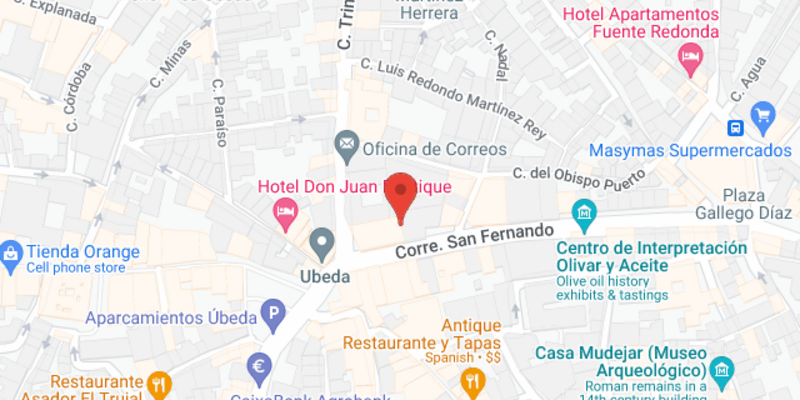 Minimum of attendees
A minimum of 5 people is required for the tour.
Additional costs:
The tour does not require the payment of entrance fees or additional expenses.
Free cancellation
If you will not be able to attend the tour, please cancel your booking, otherwise the guide will be waiting for you.
Free tours
Spain
Free walking tours in Úbeda
When do you want to go?
Sun
Mon
Tue
Wed
Thu
Fri
Sat
Show more