Hello! I am Ali, official guide in Marrakech with 15 years of experience. Looking at the photos you can get an idea of my trajectory in guiding individuals and groups. I know every corner of the city so I can show it to you like a local and you will discover places and aspects of the city that will surprise you.

Welcome to the Free Tour of the imperial and multicultural Marrakech.
The Medina (old town) preserved largely intact for centuries, is the largest in Morocco.
To get to know it in the best way, we review the history and culture of Marrakech.

We start the tour from the Koutoubia Mosque Square, noted for its colossal tower of Almohad art from the 12th century.

Next to the mosque we admire the first European neighborhood within an Arab Medina, highlighting the French consulate and the houses with balconies.

Arriving in the southern part of the city, we will show you the exterior of the royal residence where the king stays during his stay in Marrakech, the slate door of Bab Agnaou and we will explain from the outside the history of the Saidian Tombs , a jewel
architecture of the 16th century.

In the Kasbah neighborhood you will get to know with me the wood ovens , the Hammams and the most indigenous food markets where local people do their shopping.

From the walls of the Kasbah we entered the Jewish Quarter called Barrio Mellah where one of the largest Jewish communities in the country lived, until we reached the Plaza de los Herreros to visit the exterior of the Bahía Palace and the Badía Palace.

Then we went to visit the famous Dar Si Said Museum located in a nice and less touristy alley.

Places of interest of the visit: 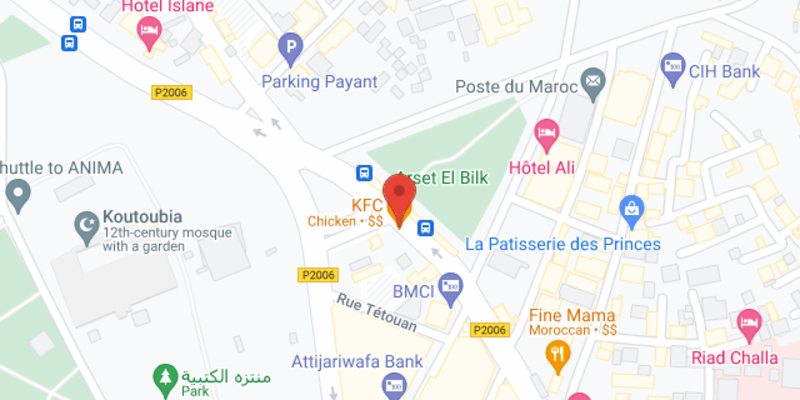 Minimum of attendees
A minimum of 4 people is required for the tour.
Additional costs:
The tour does not require the payment of entrance fees or additional expenses.
Free cancellation
If you will not be able to attend the tour, please cancel your booking, otherwise the guide will be waiting for you.
Payment methods
Only cash payment is accepted.
Free tours
Morocco
Free walking tours in Marrakesh
When do you want to go?
Sun
Mon
Tue
Wed
Thu
Fri
Sat
Show more

Others cities to visit after Marrakesh