Hello! I am Zana, official tour guide in Istanbul. I'll tell you a little about myself: I graduated in Spanish Philology so I have a good command of Hispanic history and culture. After finishing my degree, I started studying a tour guide, which was my second profession. Why did I study all this? Because I like meeting new people, their cultures, their points of view... it's one of the things that makes me happiest in this life, in fact, I've been like this since childhood :) See you soon in Istanbul! :)

Do you want to see the jewels of Istanbul while contemplating the local life of the city? :)
We are going to visit:
1. Yeni Camii (F. 1597, one of the emblematic mosques of the city, just passing through.)
2. Mercado Popular: An old local market where you can find the best Turkish coffee stall, typical dessert shops, breakfast products, Turkish cuisine products, etc.
3. Spice Bazaar (F. 1664, the second largest indoor bazaar after the Grand Bazaar. It contains thousands of kinds of spices, teas, Turkish delight, jewelry...)
4. Rüstempaşa Camii (F. 1563, a mosque built by the famous architect Mimar Sinan, filled with precious tiles)
5. Suleiman the Magnificent Mosque: (F.1550, It was the largest mosque in all of Istanbul until 2019. A giant mosque dedicated to the most powerful Ottoman emperor Sultan Suleiman the Magnificent. It is essential to see it and be in its viewpoint where you can see a spectacular view of the Golden Horn River, Bosphorus, the European and Asian part.)
6. Şerefiye Cistern: (F. in the 5th century. One of the oldest Byzantine cisterns in the historical peninsula. You will be amazed by the Istanbul history documentary screening in the cistern which you can see in the photos :) ) 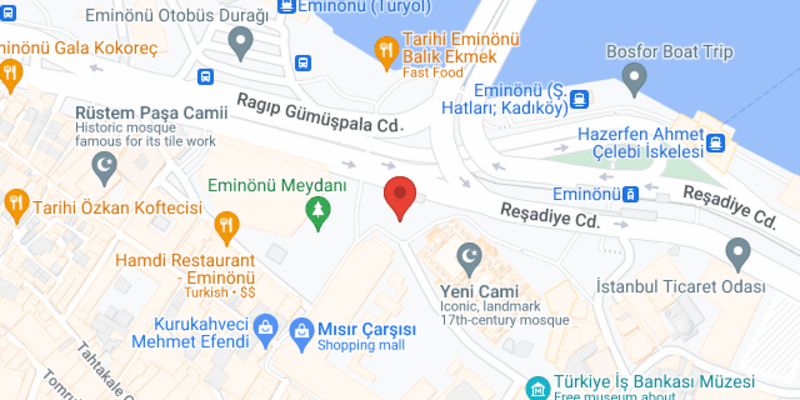 Minimum of attendees
There is no minimum number of people required for the tour.
Additional costs:
The tour requires the payment of entrance fees or additional expenses.
Free cancellation
If you will not be able to attend the tour, please cancel your booking, otherwise the guide will be waiting for you.
Payment methods
Only cash payment is accepted.
Free tours
Turkey
Free walking tours in İstanbul
When do you want to go?
Sun
Mon
Tue
Wed
Thu
Fri
Sat
Show more

Others cities to visit after İstanbul