In addition to having studied the Degree in Tourism, I consider myself a great lover of travel, history and art, especially of the different architectural styles through the successive historical and artistic stages. I will do my best and guide you in an interesting, fun and entertaining way.

Starting in the Plaza de Santa Teresa (or the Mercado Grande) we will visit the most interesting streets, squares and corners of this walled city, declared a World Heritage Site by UNESCO in 1985.

After entering the interior of the wall, we will take an interesting tour of the Plaza de Adolfo Suárez, the Plaza de la Catedral and Calle San Segundo to later contemplate the Basilica of San Vicente.

Later, we will see numerous Renaissance palaces from the 16th century, as well as the Plaza del Mercado Chico to then walk through Reyes Católicos street. We will also look at the popular Paseo del Rastro and we will stop in front of the Church-Convent of Santa Teresa, an essential character in the history of Avila.

Throughout the tour we will discover legends, curiosities and the best kept secrets of the city, we will focus on famous people such as Santa Teresa, Isabel La Católica or Adolfo Suárez , and we will also talk about gastronomy.

I wait for you! 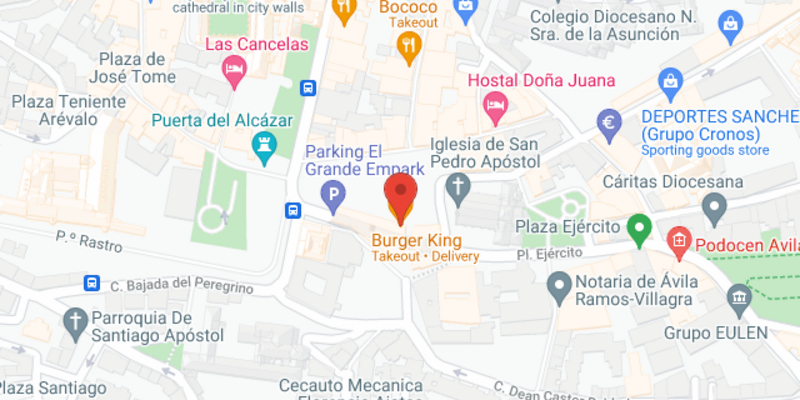 Minimum of attendees
There is no minimum number of people required for the tour.
Additional costs:
The tour does not require the payment of entrance fees or additional expenses.
Free cancellation
If you will not be able to attend the tour, please cancel your booking, otherwise the guide will be waiting for you.
Free tours
Spain
Free walking tours in Ávila‎
When do you want to go?
Sun
Mon
Tue
Wed
Thu
Fri
Sat
Show more

Others cities to visit after Ávila‎