IMPORTANT NOTE! PLEASE DO NOT BOOK WITHOUT GIVING THIS TOUR GUIDE A FEW DAYS NOTICE DUE TO WORK & TRAVEL ARRANGEMENTS, THANK YOU! I'm a singer/songwriter who was born in Liverpool and started out as a musical Liverpool tour guide about 4 years ago. I always had a passion for the Merseybeat era and the Liverpool city itself with it's very colourful history. So it was a simple choice for me to become a tour guide for my city. I try to encapsulate some of my passion in every tour and accompany it with a little tune or three on each of my trips too. Hope to provide you with a bit of Liverpool 'Scouse' wit, humour, entertainment and history on one of my tours, current Covid restrictions allowing. Hope to see you all soon!

JIMMY'S MAGICAL MUSICAL LIVERPOOL & BEATLES TOUR IS NOW OPEN FOR BOOKINGS SUBJECT TO CORONAVIRUS RULES OF 2m SOCIAL DISTANCING. THANK YOU!
A warm welcome to you all! Starting at Unesco World Heritage Site-Liverpool Pier Head, taking you on a historical walk of the Pier Head and Albert Docks incorporating a history of Liverpool's maritime heritage. Giving brief accounts of where to find all the dockland museums, i.e. Tate, Maritime & Beatles Museum and among other things the world's first fireproof warehouse system built by construction engineer Jessie Hartley in 1846. Before or after the tour, you may fancy a 45 minute long 'Ferry Cross The Mersey', This is a seperate tour and is not included which takes the traveler on a trip across the famous River Mersey returning later to the Liverpool ferry terminal. Forever immortalised in the worldwide 1965 Gerry & The Pacemakers No.1 song of the same name. The Ferry Terminal is also at our starting point Canada Boulevard-A Unesco World Heritage Site.
The tour will then inform you of the colourful history of the 3 graces, better known as The Port Of Liverpool building, The Cunard building & The Liver Buildings. After which I will take you on a walking tour of the city. We will be taking a walk over to the nearby Canning, Salthouse & Albert Docks with their fine exhibits of Fireproof Warehouses. statues & World Class museums.
The Cavern Quarter incorporating the Legendary Cavern Club and Mathew St, where it all began for the famous Merseybeat of the early 1960s and a local group called The Beatles. The tour will then take you on a walk over to the Cultural Quarter pointing out William Brown St and some of our most beautiful Grade I & II listed buildings including the Walker Art Gallery, Central Library, World museum and the jewel in the crown which is St Georges Hall. We will cross the road over to The Liverpool Empire Theatre & Lime St Station. Walking on to The Adelphi Hotel, The Georgian Quarter, 2 magnificent cathedrals and many other famous landmarks in and around the city. THE BEATLES FAB FOUR HISTORY TOUR For those who want an extended Fab Four History tour (Fares are paid and arranged seperately in advance by travelers, and not arranged by the tour guide unless without prior advance booking) to see where The most famous band in the world-The Beatles once lived. This part of the tour incorporates a ride over to the nearby villages of beautiful Woolton and suburban Allerton. It can be arranged by the traveler for an extra seperate charge, to observe the location of the homes of John Lennon & Paul McCartney. The two most famous songwriters in the history of popular music. Showing where they started their longstanding songwriting partnership and popping over to Ringo's birthplace on the way. For those with a bit of extra time on their hands, we can also check out where George Harrison used to play as a kid. We will also visit and find out the fascinating history of Penny Lane, Eleanor Rigby & Strawberry Fields. Then returning to the city where you can hear the story of how, and showing you where, The Beatles first met. All my tours are also interspersed with a few songs from me on Ukelele rekindling the memories of a bygone but still thriving Liverpool history.
Special Note-The extra Beatles tour is only arranged through prior advance booking by groups of at least 5 people. Thank you in advance for your cooperation and hope to see you soon! 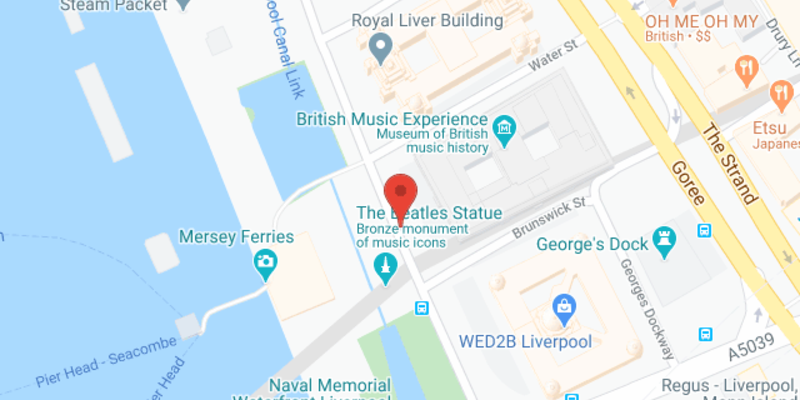 What a tour! Jimmy was an amazing tour buddy, very knowledgeble on local history and particularly on Liverpool music scene. And a real Beatles geek! You might end up l...

Jimmy was absolutely great! We loved everything about his tour.

Jimmy was a knowledgeable guide providing information with a typical Liverpudlian sense of humour and a couple of songs thrown in for good measure. The tour is part hi...

Jimmy was super! He knows a lot and tells everything with taste. We’ve enjoyed the tour!

What a tour! Jimmy was an amazing tour buddy, very knowledgeble on local history and particularly on Liverpool music scene. And a real Beatles geek! You might end up learning some Scouse as well. Highlight of the tour - Jimmy playing the ukulele for us :)

Jimmy was absolutely great! We loved everything about his tour.

Jimmy was a knowledgeable guide providing information with a typical Liverpudlian sense of humour and a couple of songs thrown in for good measure. The tour is part historical and part musical, which suited me. I was expecting a two hour tour but it was close to three by the end. There's not really a lot of walking involved and there are plenty of stops. My group was quite small and there was a no-show, which meant a little more waiting around at the beginning than I'd have liked. If you like walking tours, give it a go.

Response from Jimmy
Hi Steve, Thanks so much for the opinion on my tour, Very much appreciated! Glad you enjoyed the tour and as you said, it does get quite windy on the waterfront at times but a little walk could improve things. Good to know you enjoyed your walk around Liverpool too. Hope you return sometime and always recommend me to any friends who may be visiting us here in Liverpool. Kind regards, Jimmy-Tour guide

Free cancellation
If you will not be able to attend the tour, please cancel your booking, otherwise the guide will be waiting for you.
Free tours
United Kingdom
Free walking tours in Liverpool
When do you want to go?
Sun
Mon
Tue
Wed
Thu
Fri
Sat
Show more

Others cities to visit after Liverpool