In search of the vanished city: Florence at the end of the 19th century

The Free Tour was born in 2011, as the first free tour group in Florence; since then we offer varied tours and attractiveness of great quality. Authorized guides, national officers specialized in Florence and Tuscany. We are locals, graduates, food experts organized many years ago, as tour guides in Florence!

Anyone who comes to Florence thinks they are strolling in a city immersed in the splendor of the Middle Ages, with its ancient vestiges of towers or in that of the Renaissance city dotted with majestic palaces of the time: but this is not the case. With the Italian unification the city completely changed its face and underwent a total metamorphosis: the center of Florence today is only the pale memory of its glorious past. At the end of the 19th century, the "heart" of Florence , centered on the Mercato Vecchio , full of history and magic, was subject to many urban planning crimes prompted by new needs and was sacrificed to the wild building speculation of the time: with it, the old Jewish Ghetto. With the help of your imagination and with the support of many photographs and paintings, we will retrace some of these stages together.

1 - We will start from Piazza SMN for a small introduction and then continue to the Market
2 - Market of San Lorenzo majestic work of the time
3 - We will make a brief stop in front of the facade of the Cathedral to understand the tastes dictated by the new ruling class.
4 - We will proceed towards the "new" via Calzaiuoli to finally reach Piazza della Repubblica, the beating heart of the city before the great demolitions with its post-unification cafés.
5 - We will continue towards Piazza della Signoria where the original layout of the square fortunately remained almost intact.
6 - Finally, with an exceptional guest invented by the creative imagination of Collodi, Pinocchio, we will talk about the Facade and the interior of the Basilica. Before saying goodbye, we will pay homage to the statue of the Divine Poet overlooking the square to remind us that the Poet would never have approved of such a metamorphosis. The story will be fueled by anecdotes, curiosities and small stories that will remain engraved in your memory for a long time.
We are waiting for you for this new and exciting adventure. 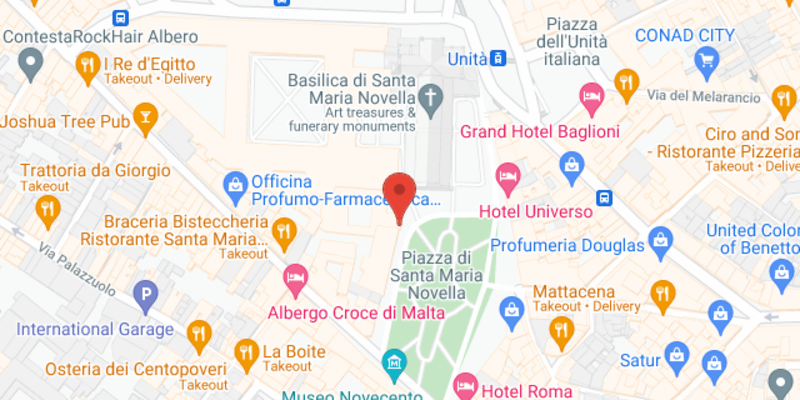 Accessibility
Suitable for people with reduced mobility.
Groups
Accepts reservations up to 8 people.
Pets
Not suitable for pets.

Minimum of attendees
A minimum of 4 people is required for the tour.
Free cancellation
If you will not be able to attend the tour, please cancel your booking, otherwise the guide will be waiting for you.
Payment methods
Only cash payment is accepted.
Free tours
Italy
Free walking tours in Florence
When do you want to go?
Sun
Mon
Tue
Wed
Thu
Fri
Sat
Show more