With this tour through the city of Cáceres we will get to know the three cultures that coexisted in this beautiful city, declared a World Heritage Site in 1986: Muslim, Jewish and Christian.


Our itinerary begins in the Plaza Mayor de Caceres, observing the Torre de la Hierba and the Torre de Bujaco , built in the Andalusian era , currently converted into icons of the city.

We will access the medieval city through the Arco de la Estrella , towards the Plaza de Santa María , where we will observe some of its Christian monuments such as the Cathedral of Santa María , the Palace of the Golfines de Abajo and the Palace of Carvajal (inside), in which we will enter to see its cloister and interior garden in which we will find a century-old fig tree.

The next stop will be in the Plaza de San Jorge , where the Church of San Francisco Javier is located , notable for its white towers. After it we will go to the Plaza de San Mateo , there we will come across the Church that bears the same name, declared a Historic-Artistic Monument.

We will end the route entering the old Jewish Quarter , visiting the Provincial Museum of Cáceres (inside) and going down to the Arab cistern that is inside. 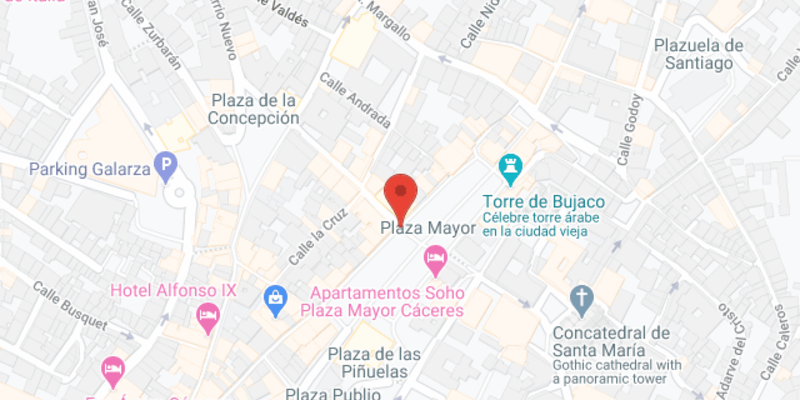 Minimum of attendees
There is no minimum number of people required for the tour.
Additional costs:
The tour requires the payment of entrance fees or additional expenses.
Free cancellation
If you will not be able to attend the tour, please cancel your booking, otherwise the guide will be waiting for you.
Free tours
Spain
Free walking tours in Cáceres‎
When do you want to go?
Sun
Mon
Tue
Wed
Thu
Fri
Sat
Show more

Others cities to visit after Cáceres‎