Hi! My name is Cristian and I am from Cuenca, Spain. 3 years ago I started working as a guide in my land and some time later, together with a friend, I was the co-founder of a tourism company. I obtained the title of official tourist guide almost 2 years ago and, since then, my purpose is to disseminate the history, the legends, and the coolest and most interesting things of Cuenca to anyone who wants to know it. Today, I am The Juggler of History, so I tell the history of Cuenca in a rigorous, entertaining, and professional way. I'm delighted to be your guide in Cuenca and that together we not only get to know it but together we discover it: its history, its culture, its heritage, it's past and it's present. Let yourself be guided by the minstrel of history. We sure had a great time!

Discover the charm of a World Heritage city by moonlight. You will be surprised how much Cuenca changes at night, transforming itself into a city that will make you immerse yourself in medieval times.
We will start at the arches of the town hall, under the Town Hall building, Plaza Mayor number 1.

We will go up Calle Ronda de Julián Romero, explaining who this man was, as well as the origin of the street, formerly the city wall, and on the same street, we will talk about a mansion, today an inn, where it is said that Velázquez was inspired to represent his famous painting, "Las Meninas".

Going up to the area of the Castillo neighborhood, we will find some beautiful viewpoints from which you can admire, in the middle of the night, the beauty of Cuenca.

Our ascent will take us to the heart of the Cuencan Inquisition, the city's old castle and today the provincial historical archive, and from there, we will return to the main square by going down the other roundabout of the Cuencan old town, calle Ronda del Júcar, and talk about the mysterious eyes that look at us from the mountain in front.

Once we reach the Plaza Mayor, we will talk about the Cuenca Cathedral, an impressive example of the first Gothic in the country, to direct our steps towards the Hanging Houses, where we will finish the tour.

This tour is called Night Spell, but in summer, during the months of June, July and August, it will be called "Dream Sunset", since we will start at 8:00 p.m. and by the time it gets dark, we will be finishing.

It will be an evening visit.

Although the name "Night Spell" still appears in the reservations, from here it is announced that the city will hardly be seen at night.

In the month of August, on Fridays and Saturdays, you can do this same tour at 10:00 p.m., to make the visit fully nocturnal.

We have released this same tour in the mid-afternoon, available at 4:30 p.m., for all those who want to do the tour itinerary without waiting for the night.

This tour can be booked on our Guruwalk profile, with the same name, A Plena Luz

Availability: only on Saturdays.


- In the Plaza Mayor, number 2, next to the Mangana restaurant, travelers who wish to can enjoy Cuenca "from a bird's eye view". For only €5 per person, you can put on virtual reality glasses and enjoy, through videos, Cuenca in a unique way, seeing the entire city flying above it. It is a wonderful experience.

Additional information for the traveler:

- Please confirm attendance . Many times reservations are made but then the tour is not attended, causing, for example, that there are no places available for people who are really interested and making the work of management, logistics and planning more difficult for the guide. That is why please confirm if you are coming to the tour. If there is a reservation of only two people who have not confirmed and do not answer, the guide will cancel the tour.

- In low season, the minimum for the tour is 6 people.
- The tour can be done with a pushchair, but it is much better and more comfortable to carry a backpack with the little ones, since in some sections there will be stairs.

- If reservations are made less than 5 hours in advance, the guide reserves the right to make the itinerary depending on whether he can make the visit or not.

- It is a perfectly complementary tour with the "Night Spell" tour, since 80% of it changes. 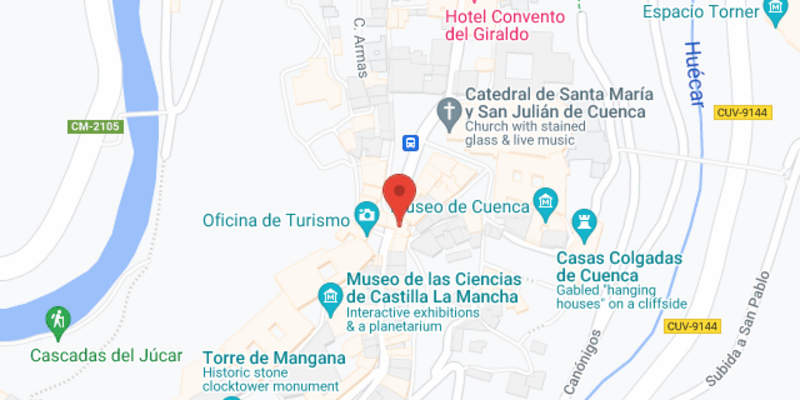 Minimum of attendees
A minimum of 5 people is required for the tour.
Additional costs:
The tour does not require the payment of entrance fees or additional expenses.
Free cancellation
If you will not be able to attend the tour, please cancel your booking, otherwise the guide will be waiting for you.
Free tours
Spain
Free Walking Tours Cuenca, Spain
When do you want to go?
Sun
Mon
Tue
Wed
Thu
Fri
Sat
Show more 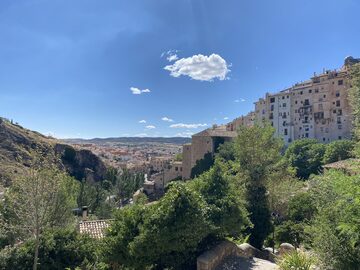 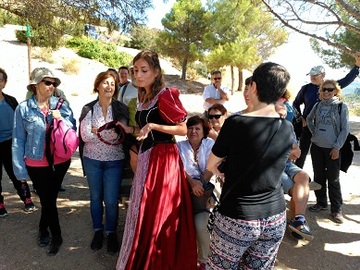 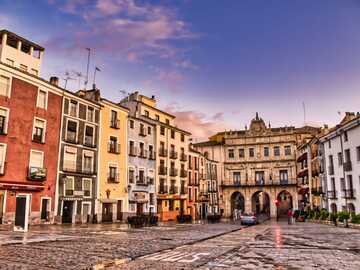