Discover Cuenca from the hand of the most awarded official guides on the Internet.

We will begin by contemplating the most curious and peculiar Plaza Mayor of Cuenca , in front of which is considered the "laboratory" of the Gothic style in Spain: the Cathedral of Santa María and San Julián .

Later, we will advance along the picturesque Pilares street to head towards the Plaza de la Merced and Torre Mangana , a place where the three cultures that made up the medieval history of the noble city of Cuenca coexisted like no other.

We will descend through the narrow streets of the old town towards emblematic places of the most international festival in the city, its Holy Week.
To finish, we will go to the vertiginous bridge of San Pablo and the Hanging Houses to contemplate the enormous scenic beauty of our city, declared a World Heritage Site in 1996.

Do not miss it, we'll be waiting! 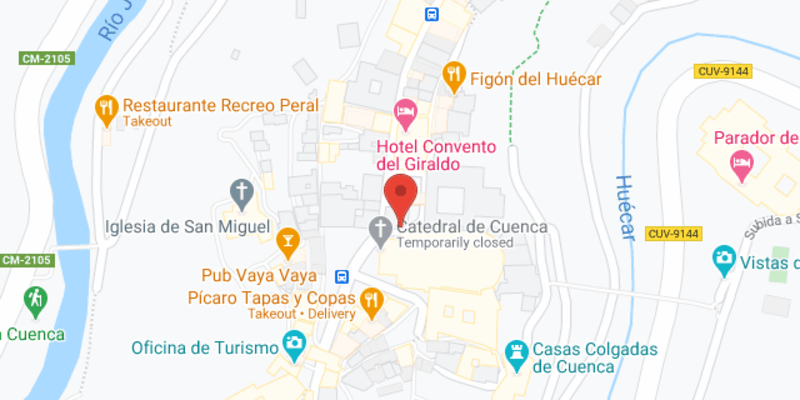 Groups
Accepts reservations up to 10 people.

Minimum of attendees
A minimum of 4 people is required for the tour.
Free cancellation
If you will not be able to attend the tour, please cancel your booking, otherwise the guide will be waiting for you.
Free tours
Spain
Free Walking Tours Cuenca, Spain
When do you want to go?
Sun
Mon
Tue
Wed
Thu
Fri
Sat
Show more